John Singleton directed this scene that changed my life

Editor’s Note: S. Mitra Kalita is the senior vice president for news, opinion and programming for CNN Digital. The opinions expressed in this commentary are her own. View more opinion at CNN.

One scene in “Boyz n the Hood” literally changed my life.

It was the summer of 1993 and I was 16 years old. I had seen John Singleton’s movie that garnered him Oscar nominations for best directing and best screenplay when it came out in theaters two years earlier. But that summer, gathered with a group of minority high-school newspaper editors in a dorm lounge, watching it on VHS, I heard these lines anew.

In this scene, (at the 1:18 mark of the clip), Doughboy visits Tre and says he found no coverage marking the death of their friend (who was Doughboy’s half-brother): “Turned on the TV this morning. … Either they don’t know…don’t show…or don’t care about what’s goin’ on in the ‘hood.” 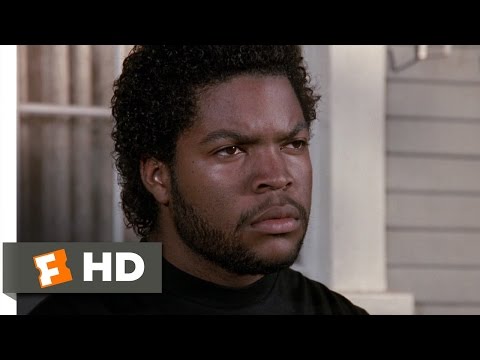 The program was the Dow Jones Newspaper Fund’s Minorities Journalism Workshop. When I applied, I did not realize I was a minority. Born to Indian immigrant parents, raised in Puerto Rico before arriving in New Jersey for high school, I was conscious of difference but did not necessarily identify as a person of color. Then came this program that forced me to, if only to gain admission.

And so I sat among 16 black, Latino and Asian youth and listened to the character played by Ice Cube indict the media for not covering people in South Central Los Angeles. Singleton’s work was revolutionary for doing precisely that. Not only was he the first black filmmaker to be nominated for a directing Oscar; at 24, he was also the youngest nominee. His film exuded this youthful vibe and allowed us into urban America on familiar ground: family, friendships, the pressure to score (both among teenage lovers and on the SAT).

Still, these kids were not like me, an introverted, awkward “new girl” who had bounced around Brooklyn, Long Island, Puerto Rico and New Jersey. And yet… “They don’t know, they don’t show” –those words resonated. They forced me to reckon with that feeling of turning on the television or opening up the newspaper and never seeing myself, either. Singleton gave a booming, unifying voice to this otherness.

I had thought that journalism program would look good on my resume. I had thought I might be a lawyer or a psychologist. With that scene, that summer, I found a new calling.

I decided that the power to make decisions about what people read, see or watch is the ultimate power indeed. I vowed to be more reflective, inclusive and accurate in my portrayal of the world. Just as John Singleton was.