Mother of measles-stricken infant: Our community ‘failed us’ 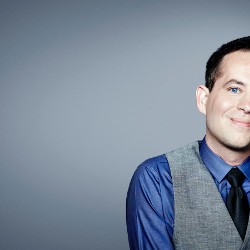 By Debra Goldschmidt and John Bonifield, CNN
Updated 12:47 PM EDT, Mon April 29, 2019
PHOTO: Courtesy Sara Blum Family
Now playing
02:09
Mother of measles-stricken baby: Our community failed us
PHOTO: CNN
covid-19 relief package house biden sot malveaux nr vpx _00000000.png
Now playing
02:28
CNN's Joe Johns explains Biden's short speech as relief bill heads to Senate
PHOTO: House TV
House Speaker Nancy Pelosi
Now playing
02:52
House passes Biden's $1.9 trillion Covid-19 relief package
PHOTO: CNN Weather
Now playing
02:03
Weekend weather: Flash flooding, severe storms, and record warmth
Misinformation Trump Capitol March rn orig_00004630.png
Now playing
04:08
These Trump supporters are convinced he will be president again on March 4
PHOTO: Michael Ciaglo/Getty Images
AURORA, CO - DECEMBER 15: (EDITORIAL USE ONLY) Rocky Mountain Regional VA Medical Center investigational pharmacy technician Sara Berech holds a dose of the Johnson & Johnson COVID-19 vaccine before it is administered in a clinical trial on December 15, 2020 in Aurora, Colorado. The Johnson & Johnson vaccine could be submitted for emergency use by late January and is the only vaccine among leading candidates given as a single dose. (Photo by Michael Ciaglo/Getty Images)
Now playing
03:19
Doctor who voted to approve Johnson and Johhnson vaccine speaks out
PHOTO: FAYEZ NURELDINE/AFP/Getty Images
Saudi Crown Prince Mohammed bin Salman attends a conference in the Saudi capital Riyadh on October 2018.
Now playing
02:10
US intel report: Saudi Crown Prince responsible for approving Khashoggi operation
PHOTO: CNN
Now playing
02:24
Acosta corrects CPAC organizer: Trump did lose the election
PHOTO: Michael M. Santiago/Getty Images
WASHINGTON, DC - JANUARY 17: The U.S. Capitol dome is seen beyond a security fence on January 17, 2021 in Washington, DC. After last week's riots at the U.S. Capitol Building, the FBI has warned of additional threats in the nation's capital and in all 50 states. According to reports, as many as 25,000 National Guard soldiers will be guarding the city as preparations are made for the inauguration of Joe Biden as the 46th U.S. President. (Photo by Michael M. Santiago/Getty Images)
Now playing
02:33
This is what's in the $1.9 trillion coronavirus package
PHOTO: CNN
Now playing
09:36
I lost everything: Texas mom's devastating story from winter storm
Now playing
01:23
See what happened when CPAC organizers asked crowd to wear masks
PHOTO: Daniel Slim/Getty Images
The Pentagon, the headquarters of the US Department of Defense, located in Arlington County, across the Potomac River from Washington, DC is seen from the air January 24, 2017. / AFP PHOTO / Daniel SLIM (Photo credit should read DANIEL SLIM/AFP via Getty Images)
Now playing
05:24
US carries out airstrikes on Iran-backed militia groups
PHOTO: Mandel Ngan/AFP/Getty Images
A woman walks past mailboxes seen outside of a US Post Office in Washington, DC on August 17, 2020. - The United States Postal Service is popularly known for delivering mail despite snow, rain or heat, but it faces a new foe in President Donald Trump. Ahead of the November 3 elections in which millions of voters are expected to cast ballots by mail due to the coronavirus, Trump has leveled an unprecedented attack at the USPS, opposing efforts to give the cash-strapped agency more money as part of a big new virus-related stimulus package, even as changes there have caused delays in mail delivery. (Photo by MANDEL NGAN / AFP) (Photo by MANDEL NGAN/AFP via Getty Images)
Now playing
02:49
Biden announces 3 nominees to USPS board
PHOTO: CNN
Now playing
02:00
Weekend hindered by rain in the East and snow in the Northwest
PHOTO: Sarah Silbiger/Getty Images
The exterior of the U.S. Capitol building is seen at sunrise on February 8, 2021 in Washington, DC. The Senate is scheduled to begin the second impeachment trial of former U.S. President Donald J. Trump on February 9.
Now playing
01:57
Senate parliamentarian rules against minimum wage increase in relief bill
Now playing
03:56
Marjorie Taylor Greene's challenger explains decision to run
PHOTO: CNN
Everyone wears masks and desks are spaced at the high school, where full in-person teaching has been offered since the school year began.
Now playing
03:20
Ohio school is staying open with these safety measures
(CNN) —

The day after celebrating his 5 month birthday, Walter Blum spiked a fever of 102.5.

Then a rash covered him head to toe.

“It was all over his face. All over the back of his neck. It was really red and splotchy,” said Blum, who lives in California. “It was very alarming.”

Like 92 other children infected with measles in the United States this year, Walter was too young to be vaccinated against the highly contagious, vaccine-preventable virus.

Like all babies, he relied on the rest of society to vaccinate.

“It’s really sad, but our community kind of failed us,” Blum said.

On a call with reporters on Monday, Dr. Robert Redfield, director of the US Centers for Disease Control and Prevention, emphasized that point. “When you get vaccinated you protect others around you at risk for complications.”

The CDC said Monday there have been 704 cases of measles nationwide this year as of Friday.

Related Article It's not just measles: Tetanus, mumps and other vaccine-preventable diseases are still in the US

Seventy-one percent (503) of this year’s US patients were unvaccinated, 11% (76) were vaccinated with at least one of the recommended doses, and 18% (125) had an unknown vaccination status. Of those infected this year, 25 were younger than 6 months old, 68 were between 6 and 11 months old and 167 were between 16 months and 4 years old.

The new case total is nine more than the agency reported Wednesday when it confirmed that the United States had reached the the highest number of cases in a single year since the disease was declared eliminated in the country in 2000. Elimination is when year-round transmission of an illness is interrupted, the CDC said.

The unfortunate milestone was first reported by CNN and later acknowledged by the CDC.

“We are very concerned about the recent troubling rise of measles,” US Health and Human Services Secretary Alex Azar said Monday. He noted that the majority of cases are in children who have not been vaccinated.

“Increased global measles activity poses a risk to U.S. elimination, particularly when unvaccinated travelers acquire measles abroad and return to communities with low vaccination rates,” said a report published Monday by the CDC detailing the cases of the disease reported this year.

According to the report, there have been 13 outbreaks of measles this year which account for 663 (94%) of the 704 cases. An outbreak is defined by the CDC as “a chain of transmission of three or more cases linked in time and place and is determined by local and state health department investigations.”

Six of the outbreaks were in “underimmunized close-knit religious or cultural communities.” That includes the 474 cases reported by New York City and New York state, which account for 67% of all of this year’s cases.

The New York outbreak began in October and is now the longest and largest outbreak in the Unites States since 2000. In all, more than 600 cases have been reported since October, mostly in ultra-Orthodox Jewish neighborhoods. It began when an unvaccinated child visited Israel, returned infected, then spread the disease to others, according to New York City health officials.

“The longer this lasts the greater chance it will get a foothold,” Dr. Nancy Messonnier, director of the CDC’s National Center for Immunization and Respiratory Diseases said. She added that these communities have been targeted with misinformation that has spread.

Related Article This baby got measles because of anti-vaxers

Five cases of measles have been imported into the United States this year from Israel, which is just one of the countries where the 44 cases directly imported into this country in 2019 came from. The others are: Philippines (14 cases), Ukraine (8), Thailand (3), Vietnam (2), Germany (2), Algeria (1), France (1), India (1), Lithuania (1), Russia (1) and the UK (1), according to the CDC. An additional four travelers visited more than one country during the time when they would have been exposed to the virus. Of those travelers who brought measles to the United States after their trips, 88% were unvaccinated and all were old enough to be vaccinated, according to Messonnier.

According to the World Health Organization, the countries reporting the highest number of cases during the past 12 months were Ukraine (72,000), Madagascar (69,000) and India (60,000).

PHOTO: JACK GUEZ/AFP/Getty Images/FILE
Israeli youths wave their national flag as they take part in the "flag march" through Damascus Gate in Jerusalem's old city during celebrations for Jerusalem Day on May 17, 2015 which marks the anniversary of the "reunification" of the holy city after Israel captured the Arab eastern sector from Jordan during the 1967 Six-Day War. AFP PHOTO / JACK GUEZ (Photo credit should read JACK GUEZ/AFP/Getty Images)

Related Article Israeli flight attendant in coma after getting measles

“Worldwide, 7 million measles cases are estimated to occur annually, and since 2016, measles incidence has increased in five of the six World Health Organization regions contributing to the ongoing risk for measles importation into the United States,” the report said. The protection against the illness that results from a vaccination rate of more than 91% in children age 19 to 35 months is at risk because of unvaccinated and undervaccinated communities, the report warned.

PHOTO: Joe Raedle/Getty Images
MIAMI, FL - JUNE 02: A dose of measles vaccine is seen at the Miami Children's Hospital on June 02, 2014 in Miami, Florida. The Centers for Disease Control and Prevention last week announced that in the United States they are seeing the most measles cases in 20 years as they warned clinicians, parents and others to watch for and get vaccinated against the potentially deadly virus. (Photo illustration by Joe Raedle/Getty Images)

Related Article Are you protected from measles? It may depend on when you were born

The CDC recommends two doses of the MMR, measles, mumps and rubella, vaccine to protect against the illness. The first dose is to be given between 12 and 15 months old and a second dose between 4 and 6 years old, though it can be given as soon as 28 days after the first dose. Children who are between 6 and 11 months old are recommended to receive the vaccine before international travel and still receive the two other recommended doses as the first dose may not provide lasting protection. This is also now being recommended in communities where outbreaks are ongoing. Any individual who is unsure of their vaccination status is also recommended to be vaccinated before international travel.

The hallmark signs of measles is a rash of flat-red spots and a high fever. Although there is a sentiment that the illness is just a rash and fever that pass, complications can include encephalitis, or swelling of the brain, pneumonia and death.

According to the CDC one or two out of every 1,000 people infected in the United States will die from measles.

Before the measles vaccine was developed in 1963 an estimated 2.6 million people died globally from measles each year, according to WHO. In 2017, approximately 110,000 deaths resulted from measles, most of those were in children younger than 5.

Even without complications, measles is costly. Messonnier said the average cost per case of measles in the United States is $32,000 which doesn’t account for community and family cost, such as lost time at work.

Walter Blum recovered from his case of measles. His mother hopes other parents will see the pictures of her sick baby and be motivated to vaccinate their children.