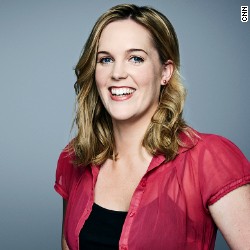 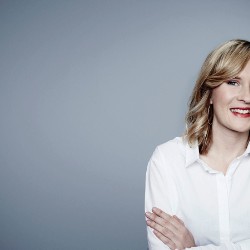 Ten civilians – including six children – are dead along with six suspected terrorists after a shootout between police and alleged militants late Friday in eastern Sri Lanka, authorities said.

At least two suspected terrorists are on the run following an explosion that witnesses told CNN turned a house in Sainthamaruthu “into fire.”

At daybreak, a gruesome scene was revealed at the raided house in the town on the country’s eastern coast – charred bodies and a roof blown off during three explosions.

Among the dead was a woman who was passing in a rickshaw at the time of the raid. Police are investigating the civilians’ possible relationship to the suspected terrorists.

PHOTO: Rebecca Wright/CNN
A woman passing in a rickshaw was among those who died as a police raid unfolded Friday night.

Earlier Friday, authorities had seized a large cache of explosives, 100,000 ball bearings and ISIS uniforms and flags from a garage a few miles from the shootout.

The raids come on the back of a major hunt for the perpetrators of the coordinated Easter Sunday attacks that killed 253 people, including worshippers attending Easter Mass.

National Tawheed Jamath, a local extremist group, has been blamed for those bombings but has not claimed the attacks. ISIS claimed responsibility, but a link between the attackers and the terror group has not been proven.

In Friday’s shootout, one wounded suspect fled on a motorbike, and another suspected terrorist could be on the run as well, Maj. Gen. Aruna Jayasekera said.

PHOTO: Rebecca Wright/CNN
Police also found a cache of explosives in a garage a few miles from the shootout.

One of the six suspected terrorists found dead has been identified as Mohamed Niyas, known to the authorities as a prominent member of the National Tawheed Jamath. Earlier in a statement from the army, Niyas was identified as the brother-in-law of the alleged ringleader of the Easter Sunday attacks, Zahran Hashim.

Hashim’s driver was arrested Friday in Kattankudy, a town about an hour’s drive north from Sainthamaruthu, police spokesman Ruwan Gunasekara told CNN. Police wouldn’t say whether the driver was directly involved in the Easter bombings.

According to Aliyar Mohamed, who lives opposite the alleged bomb-making garage, the building was rented to people from Kattankudy.

“The owners … realized there was suspicious stuff going on here, then police came here. The place was rented out two to three weeks ago,” he told CNN.

“They (the tenants) came here claiming to start a slipper factory, and the owners saw the materials but didn’t understand what they were. But after the Colombo bombings, and with the people being from Kattankudy, they then reported them to police.”

The eastern cities of Kalmunai, Chavalakade and Sammanthurai remain under extended curfew until further notice, according to police. The curfew was imposed after the shootout.

Over the last 24 hours, police have raided four safe houses in Addailachchenai, Sammanthurai, Nintavur and Sainthamaruthu – all in the eastern area, said Gunasekara, the police spokesman.

The raids came as the Sri Lankan army revealed new evidence Saturday about one of the suspected Easter Sunday bombers – Abdul Lathief Jameel Mohamed, who killed himself while detonating a bomb at the Tropical Inn Guesthouse on the outskirts of Colombo.

In a document used to brief President Maithripala Sirisena on Friday and seen by CNN, the army says Mohamed traveled to Turkey with a friend “in the hope of entering Syria.” While the friend later joined ISIS in Syria, Mohamed returned to Sri Lanka.

PHOTO: Rebecca Wright/CNN
Women and children wait at a school after being evacuated from near the shootout site.

Amid an ongoing police operation at the shootout site, around 600 nearby households – mainly Muslim – have been evacuated to a local school under guard by security forces.

One of the evacuees, Mohamed Feleel, told CNN that he heard the first bomb blast at around 7:15 p.m. Friday. The father of 10 said the explosions and gunfire continued for more than four hours until the village was evacuated at 6 a.m. Saturday.

“I was afraid, I stayed inside as there were people firing, people getting killed,” Feleel said.

“Now at night I won’t be sleeping, I’m too afraid.”

Another witness, Kalandrsah Abdul Nasser, told CNN he was just 100 meters from the shootout and said the community was “devastated” by what happened.

He said the raided house was initially rented by two people on April 18 and they went away for a short period, and later returned with eight others, raising suspicions in the tight-knit community.

“It was the people of this village that went to the police about this group,” Nasser said.

During the raid, Nasser said he “saw a big explosion and the house turned into fire.”

The raid followed the Sri Lankan government’s announcement Friday that anyone found guilty of spreading false information may be imprisoned for up to three to five years.

It said a number of public disturbances have been reported in the country due to false information in the wake of the Easter Sunday bombings.

A ban on social media following the attacks will remain in place due to “a lot of wrong information shared,” Sirisena said Friday.

Meanwhile, Sri Lankan authorities have been attempting to root out “sleeper” cells that could initiate another round of attacks, Prime Minister Ranil Wickremesinghe told CNN on Thursday.

“Every household in the country will be checked,” Sirisena told a news conference, according to a statement. “The lists of permanent residents of every house will be established to ensure no unknown persons could live anywhere.”

Sri Lankans remain on edge a week after the Easter bombings.

Catholic Sunday Masses have been suspended “until further notice,” the Archbishop of Colombo, Cardinal Malcolm Ranjith, announced Friday. He said the move will ensure the safety of worshippers, and the church “will try to introduce some services” once better security was in place.

The government urged Muslims to stay home for Friday prayers, and many mosques were closed. However, some mosques defied the call, opening for midday prayers.

Both Christianity and Islam are minority religions in Sri Lanka, with each accounting for under 10% of the population. The vast majority of Sri Lankans identify as Buddhist.