It’s hard to even imagine President Donald Trump’s Twitter addiction getting worse, but we may be living through just that right now.

Consider that over the past 24 hours, Trump has tweeted (and retweeted) 52 things. In a 30-minute span on Monday night, he retweeted 24 items – about nine different topics and from 15 people.

It’s been a torrent of Twitter. A spasm of social media. A … well, you get the idea. It was, uh, a lot. And it’s indicative of Trump’s current state of mind: jubilant that neither he nor any of his family members were charged in the Mueller report while also retaining much of the anger, resentment and conspiracy-theorizing that have fueled his time in the White House.

Remember, always, that Twitter is the best window into a president’s mind we have ever had. It is a real-time reflection of what Trump not only is thinking about but what he cares about.

So what’s been on his mind?

* He tweeted that “Fox & Friends,” the unapologetically pro-Trump morning show on Fox News, is “by far the best of the morning political shows on television.”

* He tweeted that “In the ‘old days’ if you were President and you had a good economy, you were basically immune from criticism.”

* He tweeted about how The New York Times “will have to get down on their knees & beg for forgiveness-they are truly the Enemy of the People!”

* He tweeted a favorite conservative conspiracy theory that Twitter has a liberal bias and does everything it can to make it harder for conservatives to use the platform. (He offered no specific, fact-based examples.)

And then there were the retweets.

These are Trump’s biggest allies in Congress 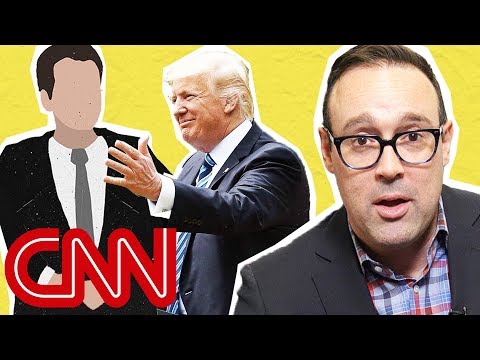 Most – 10 – were focused on discrediting the Mueller investigation and were sent by a who’s who of Trump acolytes: Reps. Jim Jordan (Ohio) and Mark Meadows (N.C), Judicial Watch President Tom Fitton, etc.

Another six retweets dealt with Trump’s still-false accusations that he had been the subject of a spying campaign directed out of the Justice Department (3 RTs) or allegations dealing with the attempts to discredit the dossier of anti-Trump research collected by former British spy Christopher Steele.

As a peek into the mind of the President, it was – even by the abnormal standards by which Trump gets judged – somewhat breathtaking. There was a manic-ness in the tweets – a sense of lording a victory over your foes while fuming at your current situation – that was the sort of thing that we just shouldn’t ignore.

As a thought experiment, ask yourself what the reaction would be – among politicians, among the media – if George W. Bush or Barack Obama had tweeted ANYTHING even close to this:

“Morning Psycho (Joe), who helped get me elected in 2016 by having me on (free) all the time, has nosedived, too Angry Dumb and Sick.”

I get that Trump is a “different” kind of politician who doesn’t play by “the rules” or whatever. But – and this is a serious question here – is anyone, no matter your level of support for or opposition to Trump, super comfortable with what the last 24 hours on Twitter have shown us about the President?

If so, how? Because what it looks like to me is a series of erratic half-baked theories, rants and touting of “yes” men and women. Which, last time I checked, isn’t what being president means.