The 5 fights to expect after the Mueller report is released

On Thursday morning, we expect Attorney General William Barr to release a redacted version of the 300+-page report compiled by special counsel Robert Mueller and aimed at examining Russian interference in the 2016 election.

That release will be a BIG deal – our first real glimpse into what the Russians were trying to do in 2016, how much (or little) the Trump campaign played along with those efforts and whether President Donald Trump (or anyone in his circle) undertook an effort to get in the way of the probe.

This is, without doubt, an end. But don’t fool yourself: This is not the end.

No matter what the Mueller report says – or how much of it we actually get to see after the redactions – it will continue to be a source of massive contention in our culture, with tentacles that reach not only into the political world (up and down Pennsylvania Avenue) but also the legal one.

Here are five of the major fights to come over the Mueller report:

* The Redaction Fight: In testimony in front of a House committee last week, Barr made clear that he had no plans to show Congress the full, unredacted report. (He did say he’d be willing to talk to the chairmen of the Senate and House Judiciary committees about what was in the unredacted version.) Barr also said that there were four categories of redacted information: 1) grand jury material 2) classified information 3) information linked to ongoing probes and 4) details that could be damaging “peripheral third parties” in the investigation. Democrats have already made clear that they want to see the full report and have already authorized a subpoena for it in the event that Barr doesn’t release the whole thing.

* The Obstruction Fight: We know from the Barr top-line letter that “evidence” exists on both sides of the debate over whether Trump or anyone affiliated with him sought to purposely obstruct the Mueller investigation into Russian interference. And the Barr letter also quotes Mueller saying this: “While this report does not conclude that the President committed a crime, it also does not exonerate him.” Barr decided not to charge Trump with obstruction, nor did Mueller make a recommendation to do so, as Barr testified last week to Congress. So why did he? And why didn’t Mueller make a recommendation on obstruction? One other: What evidence are we talking about on both sides of the obstruction question? 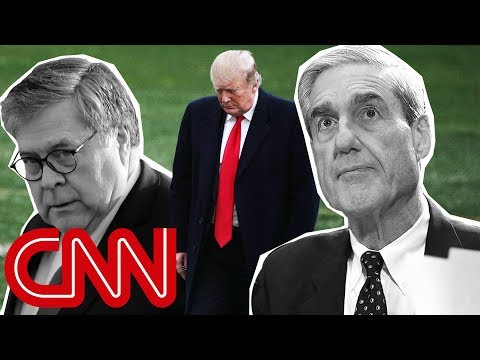 * The Rebuttal Fight: For months, Trump lawyer Rudy Giuliani has been promising that the White House will produce its own report as a way to answer back to what Mueller put together. Giuliani told CNN’s Dana Bash on Sunday night that the White House still expects to release a rebuttal report, and that it will be released after the Mueller report comes out. Is there any, well, “there” there on this rebuttal report? Or is it simply Trump’s tweets with some legal-ese thrown in there? Does it gain any traction within the broader debate over the Mueller report? Or is it dismissed as simply garbage spin and forgotten within a day or two?

* The Russia Fight: If there was “no collusion” between the Trump campaign and the Russians – as Barr’s summary of Mueller’s report made clear – then why the hell were SO many Trump associates in contact with the Russians during the 2016 election? (According to CNN reporting, at least 16 Trump associates had contacts with Russians during the campaign or transition.) And why did so many of them either lie (Michael Flynn) or misremember (Jeff Sessions) the depth and breadth of their interactions with Russians? Was it all just the world’s biggest coincidence? That central question is likely to be the subject of much back-and-forth on and off Capitol Hill as Democrats seek to push past Mueller’s expected collusion conclusion in search of answers.

* The Steele Dossier Fight: The opposition research document put together by former British spy Christopher Steele in many ways sits at the core of the disagreement between the two parties about the entire investigation. Democrats see Steele as getting most of the big things right about Trump, and note that former FBI director James Comey has said under oath that the Justice Department was able to independently confirm parts of the Steele Dossier. On the other hand, Republicans view the Steele Dossier as a partisan, gotcha document funded by Hillary Clinton’s campaign and the Democratic National Committee. They insist the dossier is the reason the FBI began a counter-intelligence probe, which led to the Mueller special counsel in the first place. And that’s a problem because many Republicans think that many of the dossier’s claims are untrue. That disagreement isn’t going anywhere because it’s too powerful for both sides to let it go.