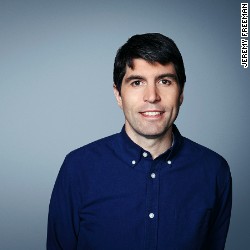 By David G. Allan
Updated 9:43 PM EDT, Sat April 13, 2019
Now playing
01:01
What to do when food is recalled
Now playing
01:33
Chuck Schumer announces timeline for Trump impeachment
Registered nurse Irene Musni administers the COVID-19 vaccine into the arm of a senior citizen at the Corona High School gymnasium in the Riverside County city of Corona, California on January 15, 2021, a day after California began offering the coronavirus vaccine to residents 65 and older. - US President-elect Joe Biden was set to announce his Covid-19 vaccine rollout plan Friday as he bids to wrest the focus from the impeachment of Donald Trump to the agenda for his first days in office. Biden has said he wants 100 million Americans to receive shots during his first 100 days in office, an ambitious goal that would require a big step up in the current pace of distribution. (Photo by Frederic J. BROWN / AFP) (Photo by FREDERIC J. BROWN/AFP via Getty Images)
PHOTO: Frederic J. Brown/AFP/Getty Images
Now playing
01:55
Race to vaccinate before more contagious Covid-19 strains spread
WASHINGTON, DC - JANUARY 22: U.S. President Joe Biden signs an executive order as Vice President Kamala Harris looks on during an event on economic crisis in the State Dining Room of the White House January 22, 2021 in Washington, DC. President Biden spoke on his administration's response to the economic crisis that caused by the COVID-19 pandemic and signed two executive orders. (Photo by Alex Wong/Getty Images)
PHOTO: Alex Wong/Getty Images North America/Getty Images
Now playing
02:31
Biden zeroes in on the teetering economy in first week
A group of protesters shield themselves from chemical irritants as they demonstrate Wednesday evening, Jan. 20, 2021, outside the U.S. Immigrations and Customs Enforcement (ICE) building in Portland, Ore. (Assfault Pirates via AP)
PHOTO: Paul L/AP
Now playing
04:04
Portland protesters explain why they are taking to the streets
Hank Aaron, Milwaukee Braves' outfielder, is shown in a posed batting portrait at the Polo Grounds, Brooklyn, during the exhibition season, 1954. (AP Photo)
PHOTO: AP
Now playing
02:30
Hank Aaron, baseball legend and former home run king, dies at 86
PHOTO: CNN
Now playing
01:23
Schumer says articles of impeachment will be delivered Monday
US President Joe Biden listens to the US National Anthem during the virtual Presidential Inaugural Prayer Service hosted by the Washington National Cathedral, in the State Dining Room of the White House in Washington, DC, on January 21, 2021. (Photo by MANDEL NGAN / AFP) (Photo by MANDEL NGAN/AFP via Getty Images)
PHOTO: Mandel Ngan/AFP/Getty Images
Now playing
03:02
Biden unveils Covid-19 plan on first full day in office
Now playing
00:00
Dr. Fauci vows to be 'completely transparent' on Covid-19
Iraqi security forces keep guard the site of a suicide attack in Baghdad, Iraq January 21, 2021. REUTERS/Thaier al-Sudani
PHOTO: Thaier al-Sudani/Reuters
Now playing
02:42
Dozens killed and hundreds injured in Baghdad suicide blasts
PHOTO: CNN
Now playing
05:46
Dr. Gupta on Covid-19: This is the worst it's ever been
Now playing
03:04
Avlon: QAnon supporters left desperate and disillusioned
Now playing
03:17
Many believed conspiracy theories about Trump and the election. Now, they're losing faith
PHOTO: Courtesy Owen Harrington
Now playing
04:22
He bonded with Biden over stutter. Then got call to speak at inauguration
US President Joe Biden swears in presidential appointees during a virtual ceremony in the Oval Office of the White House in Washington, DC, after being sworn in at the US Capitol on January 20, 2021. (Photo by JIM WATSON / AFP) (Photo by JIM WATSON/AFP via Getty Images)
PHOTO: JIM WATSON/AFP via Getty Images
Now playing
01:29
'I'll fire you on the spot': Biden tells staff to treat others with respect
President Joe Biden signs his first executive order in the Oval Office of the White House on Wednesday, Jan. 20, 2021, in Washington. (AP Photo/Evan Vucci)
PHOTO: Evan Vucci/AP
Now playing
02:56
Biden signs executive actions aimed at dismantling Trump's policies
Harris
PHOTO: Senate Tv
Now playing
02:01
A proud Harris smiles as she swears in new senators in her new role
(CNN) —

Caito Foods LLC is voluntarily recalling pre-cut watermelon, honeydew melon, cantaloupe, and fruit medley products containing one of these melons due to the possibility of salmonella contamination, the Centers for Disease Control and Prevention, and the Food and Drug Administration announced Friday.

Related Article Foodborne illness may be on the rise. Here's why

“Caito Foods has temporarily suspended producing and distributing these products as the company and FDA continue their investigations,” the FDA noted in its announcement.

The products were packaged in clear, plastic clamshell containers and sold under various brands depending on where it was sold. Retailers include Amazon/Whole Foods, Kroger, Target, Walmart and Trader Joe’s. A full list of the recalled products is available on the FDA website.

“Because it is possible that products could still be on store shelves, this recall extends to both retailers and consumers,” the FDA announcement read. “Consumers should not consume the product and should promptly dispose of any remaining product.”

The investigation is ongoing. Caito Foods did not immediately reply to calls requesting a statement.

Salmonella is to blame for 1 million cases of foodborne illness in the United States every year, according to the CDC.

Symptoms usually begin 12 to 72 hours after consuming the bacteria and can last four to seven days. They include diarrhea, fever and stomach cramps, according to the CDC. Most people recover on their own. Patients who experience severe diarrhea may require hospitalization. If severely ill patients are not treated, the illness can be deadly.

Correction: A headline on a previous version of this story said the recalled melon was sold at Whole Foods stores. It was sold on Amazon.com under the Whole Foods label.