A suspect is in custody in connection with fires at three black churches in Louisiana, sources say 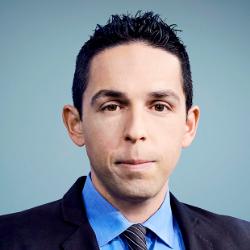 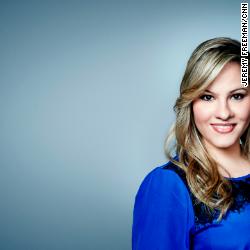 By Josh Campbell and Samira Said, CNN
Updated 5:55 AM EDT, Thu April 11, 2019
Firefighters and fire investigators respond to a fire at Mt. Pleasant Baptist Church Thursday, April 4, 2019, in Opelousas, La. Authorities in southern Louisiana are investigating a string of "suspicious" fires at three African American churches in recent days. Fire Marshal H. "Butch" Browning said it wasn't clear whether the fires in St. Landry Parish are connected and he declined to get into specifics of what the investigation had yielded so far but described the blazes as "suspicious." (Leslie Westbrook/The Advocate via AP)
PHOTO: Leslie Westbrook/AP
Now playing
01:11
Suspect arrested in connection with church fires
PHOTO: CNN
Now playing
01:23
Schumer says articles of impeachment will be delivered Monday
US President Joe Biden listens to the US National Anthem during the virtual Presidential Inaugural Prayer Service hosted by the Washington National Cathedral, in the State Dining Room of the White House in Washington, DC, on January 21, 2021. (Photo by MANDEL NGAN / AFP) (Photo by MANDEL NGAN/AFP via Getty Images)
PHOTO: Mandel Ngan/AFP/Getty Images
Now playing
03:02
Biden unveils Covid-19 plan on first full day in office
Director of the National Institute of Allergy and Infectious Diseases Anthony Fauci looks on during the daily briefing in the Brady Briefing Room of the White House in Washington, DC on January 21, 2021. (Photo by MANDEL NGAN / AFP) (Photo by MANDEL NGAN/AFP via Getty Images)
PHOTO: MANDEL NGAN/AFP/AFP via Getty Images
Now playing
02:28
Dr. Fauci vows to be 'completely transparent' on Covid-19
Iraqi security forces keep guard the site of a suicide attack in Baghdad, Iraq January 21, 2021. REUTERS/Thaier al-Sudani
PHOTO: Thaier al-Sudani/Reuters
Now playing
02:42
Dozens killed and hundreds injured in Baghdad suicide blasts
PHOTO: CNN
Now playing
05:46
Dr. Gupta on Covid-19: This is the worst it's ever been
Now playing
03:04
Avlon: QAnon supporters left desperate and disillusioned
Now playing
03:17
Many believed conspiracy theories about Trump and the election. Now, they're losing faith
PHOTO: Courtesy Owen Harrington
Now playing
04:22
He bonded with Biden over stutter. Then got call to speak at inauguration
US President Joe Biden swears in presidential appointees during a virtual ceremony in the Oval Office of the White House in Washington, DC, after being sworn in at the US Capitol on January 20, 2021. (Photo by JIM WATSON / AFP) (Photo by JIM WATSON/AFP via Getty Images)
PHOTO: JIM WATSON/AFP via Getty Images
Now playing
01:29
'I'll fire you on the spot': Biden tells staff to treat others with respect
President Joe Biden signs his first executive order in the Oval Office of the White House on Wednesday, Jan. 20, 2021, in Washington. (AP Photo/Evan Vucci)
PHOTO: Evan Vucci/AP
Now playing
02:56
Biden signs executive actions aimed at dismantling Trump's policies
Harris
PHOTO: Senate Tv
Now playing
02:01
A proud Harris smiles as she swears in new senators in her new role
Former US President George W Bush (L), Jym Clyburn from South Carolina and Former US President Bill Clinton (R) speak ahead of the inauguration of Joe Biden as the 46th US President, on the West Front of the US Capitol in Washington, DC on January 20, 2021. (Photo by SAUL LOEB / POOL / AFP) (Photo by SAUL LOEB/POOL/AFP via Getty Images)
PHOTO: SAUL LOEB/AFP/POOL/AFP via Getty Images
Now playing
01:16
Clyburn reveals what Bush said about Trump and Biden at inauguration
Now playing
00:54
Officer who lured Capitol rioters away applauded at inauguration
SAN ANSELMO, CALIFORNIA - JANUARY 08: The suspended Twitter account of U.S. President Donald Trump appears on an iPhone screen on January 08, 2021 in San Anselmo, California. Citing the risk of further incitement of violence following an attempted insurrection on Wednesday, Twitter permanently suspended President Donald Trump's account. (Photo Illustration by Justin Sullivan/Getty Images)
PHOTO: Justin Sullivan/Getty Images North America/Getty Images
Now playing
04:29
What impact could deplatforming Donald Trump have?
PHOTO: pool
Now playing
01:33
Joe Biden sworn in as 46th president of the United States
(CNN) —

A suspect has been taken into custody in connection with fires at three historically black Louisiana churches in 10 days, a law enforcement official familiar with the investigation and a local elected official told CNN on Wednesday night.

Celina G. Richard, 69, of Opelousas, Louisiana, stands for a portrait outside of the remains of the Greater Union Baptist Church in Opelousas on April 10, 2019. Richard has been a member of the church for 53 years.
PHOTO: Edmund D. Fountain for CNN

Related Article Their church was burning. They linked arms and prayed

Two law enforcement officials with direct knowledge of the ongoing investigation tell CNN the subject arrested in connection with three church fires in Louisiana is a 21-year-old man from St. Landry Parish. CNN has been provided the name of the subject but is not reporting it until it is announced by authorities.

Meanwhile, authorities said they will announce significant updates in the case at a news conference Thursday at 10 a.m. CT at the St. Landry Parish Sheriff Public Safety Complex in Opelousas.

The fires are believed to have been intentionally set, a local elected official said Tuesday.

Firefighters and fire investigators respond to a fire at Mt. Pleasant Baptist Church Thursday, April 4, 2019, in Opelousas, La. Authorities in southern Louisiana are investigating a string of "suspicious" fires at three African American churches in recent days. Fire Marshal H. "Butch" Browning said it wasn't clear whether the fires in St. Landry Parish are connected and he declined to get into specifics of what the investigation had yielded so far but described the blazes as "suspicious." (Leslie Westbrook/The Advocate via AP)
PHOTO: Leslie Westbrook/AP

Related Article After Louisiana fires, pastor felt he had no choice but to sleep in his church

Officials are also investigating a fourth, smaller fire on March 31 at the predominantly white Vivian United Pentecostal Church in Caddo Parish, more than 200 miles north of St. Landry. The blaze was intentionally set.

The FBI and federal Bureau of Alcohol, Tobacco, Firearms and Explosives are assisting in the investigations.

The NAACP has labeled the fires “domestic terrorism,” adding the “spike in church burnings in Southern states is a reflection of the emboldened racial rhetoric and tension spreading across the country.”

Once a common occurrence

Church burnings were a common occurrence in the Jim Crow era. And fires at black churches – especially those in the South – immediately bring to mind such racist attacks.

Related Article Why are black church fires associated with acts of hate?

“For decades, African-American churches have served as the epicenter of survival and a symbol of hope for many in the African-American community,” NAACP President and CEO Derrick Johnson said. “As a consequence, these houses of faith have historically been the targets of violence.”

Several black churches in the South were burned in 2015 shortly after the mass murder of nine people at the Mother Emanuel African Methodist Episcopal Church in Charleston, South Carolina, though it is unclear if those fires were racially motivated.

According to the latest data from the National Fire Protection Association, fires within religious and funeral properties have been on the decline for decades. Between 2007 and 2011, 16% were ruled intentional, according to the association.