A performance by UCLA gymnast Katelyn Ohashi went viral earlier this year as she stunned crowds with her flawless, high-energy floor routine. Now, Ohashi has announced she is making a change to the routine after the release of the HBO documentary “Leaving Neverland.”

The routine featured music from a number of artists, including Michael Jackson.

The gymnast took to her personal blog on Sunday to explain why she is no longer using Jackson’s music. The documentary featured twin accounts alleging Jackson engaged in sexual predation. The Jackson family has called the two accusers admitted liars.

Ohashi wrote she didn’t want to use the Jackson routine if it made anyone uncomfortable.

The senior’s new music features an all-female lineup; including legends such as Tina Turner and Beyonce’s hit song “Run the World (Girls).” 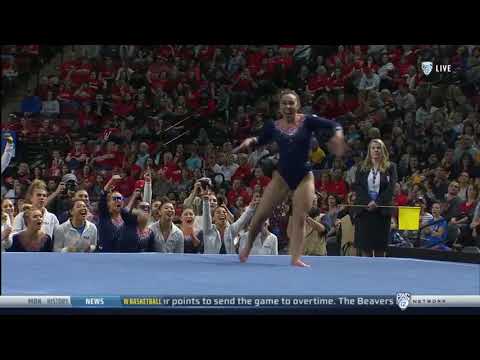 “When picking my original music, Tina Turner was someone I wanted in my routine because of the strong impact she has had on my life,” she stated.”I admire her courage and resilience.”

She debuted her new routine at the Pac-12 Women’s Gymnastics Championships on March 23, where she again scored a perfect 10.

MIC. DROP. @katelyn_ohashi scores her 6th perfect 🔟 of the year on floor! pic.twitter.com/4mdRDsz5cX

Ohashi continued her post, stating she always wants to spread joy in her routines and inspire others.

“I have always wanted my routine to spark joy, for all people. So I stood, and I made a change. Not to play judge or jury, but to get back to joy.”