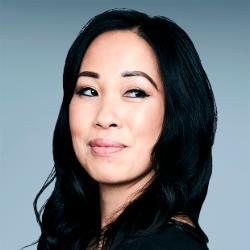 Univision made good on a promise to sell its online properties on Monday when it announced that it has sold Gizmodo Media Group, which includes the family of websites formerly known as Gawker Media.

GMG, which includes former Gawker properties Gizmodo, Jezebel and Deadspin, among others, as well as Splinter and the satirical site The Onion, is being sold to Great Hill Partners, private equity firm. Terms of the sales were not disclosed.

“Today’s announcement is the culmination of a very thorough process, as part of Univision’s broader strategic realignment and return to its core strengths in Hispanic media and marketing,” Univision CEO Vince Sadusky said in a statement. “Our aim from the outset of this process was to sell these assets as one, and we are pleased to have found a terrific buyer in Great Hill Partners that is committed to growing these properties. We are grateful to our colleagues at GMG and The Onion for all of their high-quality journalism and achievements as part of our company and we wish them and Great Hill Partners tremendous success.”

Univision put most of its online properties on the block last year and enlisted Morgan Stanley to “explore the sale” of the digital asset – a dramatic departure from the ambitious digital strategy outlined by the company when it acquired the GMG sites nearly three years ago.

The decision to put the portfolio of sites on the block was a recognition by Univision that it needed to reshape its business, in part to placate its own private equity owners.

Univison, a primarily Spanish-language media company, bought The Onion and its sibling websites in January 2016, ushering in a new effort to reach English-language consumers. Later that year, Univision won the Gawker Media assets, which were rebranded as Gizmodo Media Group, through a bankruptcy auction.

When the company announced that it was exploring a sale last summer, Sadusky said he had “no doubt” that the sites “can thrive even more as part of a company whose focus aligns better with theirs.”

“Likewise, it is important for Univision to exit a business which does not enhance our core mission, and instead refocus on our strengths,” Sadusky said at the time.

Whether a private equity firm shares the same vision as the journalists at GMG’s fiercely progressive network of sites remains to be seen.

James Spanfeller, who will oversee the newly-formed company, said the collection of youthful GMG sites are “already the leader among digital media companies speaking to the 10-to-34-year-old market, and we are confident and excited to see that lead expand.”

“This opportunity comes at a time when the entire digital media category is beginning to be recognized again for its unique ability to meet the diverse content and delivery needs of consumers and advertisers,” Spanfeller said in a statement. “As the largest player in our space, G/O Media is in an ideal position to capitalize on this dynamic, and I am excited to collaborate with a great team that boasts an incredible track record to further expand our reach, add value to our advertisers and enrich our visitors’ lives.”

In a memo to staff sent Monday, Spanfeller gave a sense of how he intends to run the new company.

“I believe in the power of content, yes even in these platform nuanced times, and the idea of editorially driven businesses. And I am very excited to work with the wonderful brands that make up our company and all of you, the professionals who drive these brands day in and day out,” he said. “I also believe in the partnership that must work between both sides of the house to make media companies successful. While editorial independence is critically important, there needs to be a healthy and productive partnership with the business side for the company to be truly successful. Without an audience we have nothing to offer advertisers, eCommerce partners or subscription efforts. And without the revenue from those sources we have no way to fund the content and those who create it that attracts that audience in the first place.”