If you told Pete Buttigieg on January 1 that by the end of March his presidential campaign would have raised $7 million, he likely would have laughed. And that would have been the appropriate reaction, given how few people even knew the name of the mayor of South Bend, Indiana – much less that he was one of the many Democrats running for president in 2020.

And yet, here we are. Buttigieg announced – via Twitter – Monday morning that he had raised $7 million roughly two months as a kind-of, sort-of presidential candidate. (He announced a presidential exploratory committee in late January.)

“This is a big number for us,” wrote Buttigieg in an email to supporters. “With a first fundraising report like this, we certainly cannot be ignored.”

That’s correct. If Buttigieg was seen as the momentum candidate going into the end of March, his fundraising over these past few months will do nothing to slow him – and may even give Mayor Pete a bit of a boost.

It’s also true, however, that Buttigieg’s $7 million haul won’t be the most (or likely close to the most) raised by a Democratic presidential candidate in the first fundraising quarter of this year. (“You’re going to see bigger numbers from other campaigns today and in the next few days,” wrote in his email to allies. “That’s OK.”) Beto O’Rourke and Bernie Sanders both raised around $6 million for their presidential campaigns in the first 24 hours after making their candidacies official. And both candidates, who are expected to be the leaders of the fundraising pack along with Kamala Harris, could well double what Buttigieg collected in the first three months of the year.

Who is Pete Buttigieg and why is he having a 2020 moment? 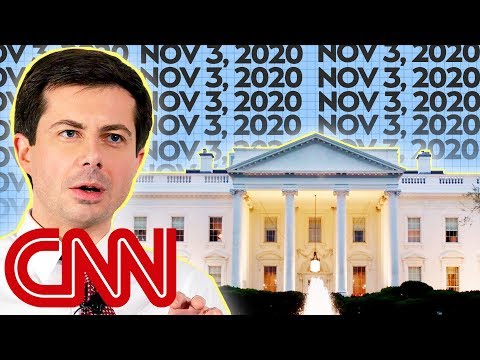 But fundraising – like most of politics (and life) – is based on expectations. Everyone knew that Sanders and O’Rourke would raise a ton of money. O’Rourke raised better than $80 million for his 2018 campaign against Sen. Ted Cruz and Sanders proved in his 2016 primary race against Hillary Clinton that he is an absolute small-dollar fundraising sensation. Both candidates also have huge donor lists culled from their past campaigns – a huge edge when it comes to the cash dash.

Then there’s Buttigieg. Aside from his run for Democratic National Committee chairmanship in 2017, Mayor Pete was almost totally unknown in national circles. “We started with just about 20,000 people on our email list, and not many people even knew who I was,” Buttigieg wrote in his email. And it wasn’t just that no one, really, knew who he was. It’s that no one even considered him a dark horse to surprise people in this race. And donors – even small-dollar ones – like to give money to a candidate who they think has a chance to win. For at least half of Buttigieg’s time in the race to date, he wasn’t that guy.

Add it all up and you get this: Buttigieg seems to have effectively raised $7 million, from a dead stop, in the space of about a month. As GOP consultant Rob Stutzman tweeted: “Beto started with a huge list to hit for his impressive haul, Mayor Pete’s Q1 haul is the stuff of a real candidate rising.”

This is genuine organic energy (and money) building up behind a candidacy that was indescribably off the radar just a few months ago. There’s actually an argument to be made that Buttigieg could have raised more than the $7 million had he already had the fundraising infrastructure in place to fully capitalize on the momentum he built over the last month.

What Buttigieg’s haul in the 1st quarter ensures is that he won’t leave money on the table going forward. The money he’s raised will allow him to expand staff – in the fundraising department and elsewhere – that is required if he wants to turn a moment into a movement.

The truth is that Buttigieg has already done one of the hardest parts – raising cash for someone who wasn’t seen as a major player – in a campaign. Money tends to beget more money in campaigns. And so, Buttigieg’s first quarter haul will almost certainly lead to an even better – and by that I mean more lucrative – second quarter.