Demetrius Anderson walked out of a Connecticut state prison in 2006 thinking he was ready to leave behind his criminal past and build a new life as an upstanding citizen.

The Philadelphia native stayed in Connecticut and stayed out of trouble. He has two jobs, lives in a nice apartment and belongs to a church.

But last week, eight US Marshals came to his home. He was certain they were after the wrong person. He hadn’t committed a crime in more than 13 years. They insisted he come with them to court because he still had a 16-month federal sentence to serve for crimes he committed in Philadelphia.

A judge issued a bench warrant and Anderson was due back in court April 4, when it’s possible he could be detained and sent to federal prison.

That apparently won’t happen now after his lawyer said he reached a verbal agreement with prosecutors and the Bureau of Prisons to give Anderson credit for time “at liberty.”

“I’m overjoyed but waiting for official paperwork,” Anderson said, adding, “it’s a blessing, but I want the blessing to be official. My heart is back in my chest where it should be.”

Attorney Michael Dolan said Friday he does not have an official agreement in writing.

CNN’s efforts to reach the US attorney’s office and the office of the federal judge overseeing the case were not immediately successful.

Anderson went on with his life

Anderson has said he thought his state sentence was concurrent to his federal one. And when he got out of prison early, there were no federal officials to transfer him to another facility.

He went out and got a job, reported to his parole officer, and lived a crime-free life.

Anderson said it was his mother who motivated him to turn his life around after his sentence.

“My mother always believed in the judicial system. Always told me to respect it,” he told CNN’s Don Lemon in an interview Friday night. “I made a vow not to do it again for her and by turning my life around, it brought her joy.”

But during an internal audit, federal marshals reportedly discovered Anderson never served prison time for his federal charge. They asked a Pennsylvania judge to issue a warrant for his detention.

Dolan helped get Anderson released the day the marshals detained him, and he has been working with federal public defenders to keep his client from going to prison again.

“I certainly think it is cruel and unusual punishment,” Dolan said Thursday.

Anderson was first held in Connecticut, but in 2004 was sent to Pennsylvania where he was locked up while awaiting his federal trial on charges involving counterfeit money. After he was sentenced in 2005, he was transferred back to Connecticut where he pleaded guilty to forgery charges and other counts. The judge said the sentences would run concurrently, Dolan said.

“The department of corrections will do a warrant check, a detainer check,” Dolan told Lemon. “We presume that that was done back in 2006.”

“I can’t speak to why they went back that far or why this wasn’t caught earlier,” he said. 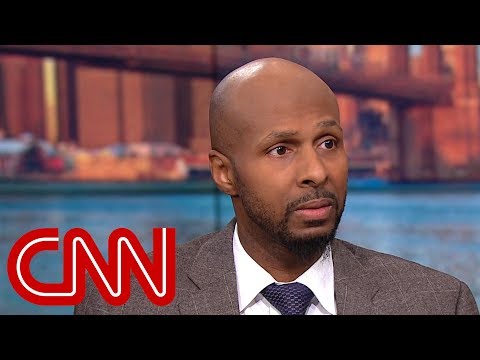 Anderson and Dolan told Lemon that Anderson’s brother murdered his parents and sister in 2016. The trauma of the murders, Anderson said, has led him to go to therapy and made the thought of federal prison even worse.

“It’s scary, I’m scared. It’s bleak, it’s dark; I can’t imagine it. I don’t think I could handle it considering what I’m going through,” he said Thursday.

After losing his family, including his mother who inspired his law abiding life, and then being unexpectedly sent back into the legal system, Anderson said he was unable to eat, lost 15 pounds and was having suicidal thoughts.