With special counsel Robert Mueller’s investigation into Russian interference in the 2016 election now over, some House Democrats are getting increasingly antsy about efforts to get a look at President Donald Trump’s tax returns.

“It’s long past time” to get Trump’s returns, Democratic Texas Rep. Lloyd Doggett, a member of the Ways and Means Committee, told CNN’s Lauren Fox and Ellie Kaufman on Tuesday. That sentiment was echoed by New Jersey Rep. Bill Pascrell, another Ways and Means Democrat who has been outspoken about his frustration that committee chair Rep. Richard Neal (Massachusetts) has not yet set the wheels in motion on obtaining Trump’s taxes.

Neal’s ability to request Trump’s taxes comes from a previously little-known law passed in the 1920s that says that the chairman of the House Ways and Ways Means Committee can request any individual’s tax return, and the law says the secretary of the Treasury “shall” turn it over. Treasury Secretary Steven Mnuchin has made clear he has no plans to turn over any of Trump’s returns if and when Neal makes the formal request, which Neal has not yet done. And House Republicans have insisted that Democrats’ motives in all of this are simply to score political points off Trump in advance of the 2020 election and, therefore, should not be granted access to the returns.

Assuming Neal makes the formal request and Mnuchin refuses to turn the tax returns over, the likeliest outcome is a high-stakes court fight that could well land the issue before the Supreme Court right smack-dab in the middle of the 2020 presidential election. The likes of Pascrell and Doggett want to get that process started – particularly now that the Mueller investigation is over and, according to Attorney General William Barr’s summary of the report, neither Trump nor anyone in his campaign conspired or coordinated with the Russian government to help Trump win the 2016 election.

Neal has been much more plotting – and plodding – about all of this. “We are doing our due diligence,” Neal told CNN earlier this month. “I don’t have a timeline.” 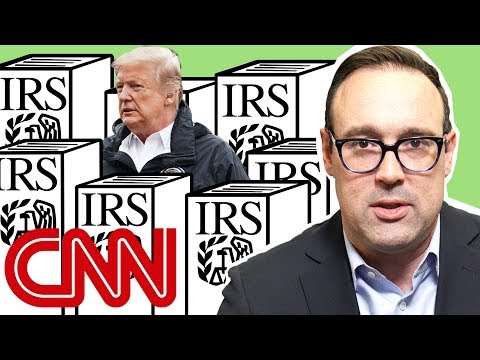 Neal’s explanation for that lack of a timeline has been that he wants to make sure that the request for Trump’s tax returns is entirely loophole-free, without any possible outs that Trump, Mnuchin and the administration’s legal team can use to slip out of the request. It’s also worth noting, however that Neal has been in conversations with Mnuchin, Ivanka Trump and even the President himself about the parameters of a major infrastructure deal sometime in this Congress, again according to Fox and Kaufman. It doesn’t take much critical thinking to see how Neal might not want to drop a request for Trump’s tax returns in the middle of his negotiations on infrastructure, understanding, rightly, that such a move would implode the possibility of any sort of deal.

Regardless of Neal’s reasons, it’s quite clear that at least some of his colleagues are increasingly fed up with his lack of a timeline. If he continues to delay, they’ll likely point to recent polling – including from CNN – that shows the public is overwhelmingly supportive of Trump’s tax returns being released to the public. In a March CNN-SSRS national survey, two-thirds of respondents said that Trump should release his returns, while just 27% said he shouldn’t.

It’s also worth noting that those pressuring Neal to begin the formal process of requesting Trump’ taxes from Mnuchin have history on their side. Trump is the only modern president – since Richard Nixon – to not release any of his income tax returns. He was also the first major party presidential nominee since Watergate not to do so. The excuses he has provided for his lack of transparency have varied – from claiming he is under an ongoing audit to insisting that tax returns reveal little about a person’s finances. (Tax returns provide the fullest picture of someone’s financial well being – or lack thereof. And simply being under audit does not preclude an individual from releasing returns.)

Trump, as has been made clear over the past three years, will fight like hell to keep his returns from seeing the light of day. He made the decision long ago that whatever was in his returns was more damaging to him personally and politically than simply stonewalling all requests to turn them over. Democrats know this and it’s the impetus behind their increasing vocal calls for Neal to get the process started, knowing it’s not going to end anytime soon.