Deer Park’s mayor says progress is being made after the chemical fire. But some residents aren’t so sure 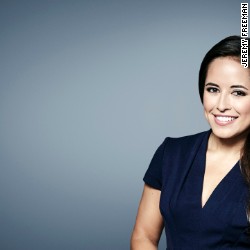 The Houston Ship Channel remained closed Monday because of oil and pollutants that leaked into the waterway during last week’s chemical fire at the Intercontinental Terminals Company in Deer Park, Texas, a Coast Guard official told reporters.

But officials say they are making progress in their efforts to open the waterway, as well as to empty and secure tanks at the ITC facility and to monitor air quality for hazardous material. Deer Park students returned to school Monday.

“I’m very, very optimistic in regards to the progress that’s being made,” said Deer Park Mayor Jerry Mouton, praising the collaborative cleanup effort. “I stand here today and tell you in assurance that safety to the public is priority number one.”

The all-important channel is described by the American Society of Civil Engineers as a manmade port for ocean-going vessels, stretching from the Gulf of Mexico to Houston and Harris County, Texas.

U.S. Coast Guard Captain Kevin Oditt said tests are being done to monitor the conditions of the channel. A tank ship successfully went through the area on Sunday.

“The goal was to assess the impact to the on-scene recovery operations as well as ensure that there was no visible oil on the hull. Both were successful,” Oditt said.

A tank ship and tank barge were to be sent through the area on Monday, he said. The Coast Guard has opened the San Jacinto River, he said.

The massive fire that burned at ITC for four days last week sent thick black smoke over the Houston suburbs. Then, a containment wall broke Friday, sparking another fire and sending chemical waste into waterways that lead to the ship channel.

Residents of two Texas cities were told to shelter in place as hazardous chemical vapors escaped the foam blanket put in place to extinguish the industrial fire.

“We were held hostage in our own homes,” longtime Deer Park resident Steve Michels said. “It’s just been horrendous.”

Brian Williams lives 10 miles from the ITC facility that first caught fire a week ago. “I have a garden in my backyard. I’m about to take it up,” he says. “I’m not going to eat anything out of it anymore.”

Last Tuesday, smoke blew over the roof of Williams’ home. He started feeling ill by Wednesday and he vomited on Friday. He says he’s confident the symptoms he felt “didn’t have anything to do with the pollen in the air.”

So far, a company spokeswoman said, around 1,600 legal claim inquiries have been made as of Friday.

PHOTO: Elizabeth Conley/AP
The fire at the Intercontinental Terminals Company in Deer Park burned for days.

Tests performed by the Texas Commission on Environmental Quality over the weekend found nine specific chemicals that “exceed their health-protective concentration level,” in water from a ditch at the ITC facility that flows into the channel. But TCEQ says there’s no threat to the public drinking water.

The agency also tested the air quality in the area over the weekend, finding low levels of benzene, one of the potentially cancer-causing chemicals they also found in the ditch water. The levels detected weren’t high enough to cause health concerns, TCEQ says.

“A lot of us can’t afford to go to the doctor,” Williams explains. “So we have to live with this.”

Acute exposure to benzene can cause headaches, dizziness or loss of consciousness, the World Health Organization says. Chronic exposure can lead to cancer.

Michels, who’s lived in the area for more than 20 years, felt his eyes burning and had shortness of breath this week. He went to a local clinic for help. He wanted his blood tested specifically for benzene, but his insurance wouldn’t cover it. He says he was told it would cost him approximately $350 out of pocket.

’It is always hard to tell’

Complaints of itchy skin, stuffy and bloody noses, and tightness in the chest have been brought to Dr. Umair Shah’s attention in the days since the fire began.

Shah says the Harris County Community Building has become “something akin to a health fair.” Shah, the executive director of Harris County Public Health, has set up a mobile health clinic there.

“People come to us and they say, ‘This is related to something in the exposure.’ We are certainly keeping that in mind, but doctors are making that evaluation,” he explains. “The question about whether those symptoms were related to the fire, it is always hard to tell.”

“Conditions are changing, daily. People are very stressed, and (stress) can exacerbate their symptoms” says Elena Craft, senior director of the Climate and Health Program at the Environmental Defense Fund.

Her nonprofit has been working side by side with federal and local agencies taking both air and water samples.

Her biggest concern is the material inside the tanks that has yet to be disposed of. ITC continues to pump chemical waste from the charred tanks and contaminated waterways. The company announced Sunday that significantly less remains in the tanks and in the contaminated drainage ditches.

Meanwhile, as the smoke dissipates, concerns mount for those who call this part of Texas home.