Without Mueller, who will Trump choose for his next enemy? 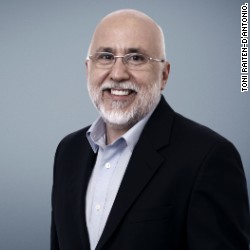 Editor’s Note: Michael D’Antonio is the author of the book “Never Enough: Donald Trump and the Pursuit of Success” and co-author with Peter Eisner of “The Shadow President: The Truth About Mike Pence.” The opinions expressed in this commentary are the author’s. View more opinion articles on CNN.

Donald Trump seems to think he is in the clear where the special counsel investigation is concerned. So why isn’t he happier? Maybe because he already misses Robert Mueller.

In his summation of the Mueller report findings, Attorney General William Barr said investigators did “not establish that the President was involved” in any crime related to Russian interference, and that there was insufficient evidence to support a prosecution of the President for obstruction of justice.

PHOTO: Win McNamee/Getty Images North America/Getty Images
WASHINGTON, DC - DECEMBER 14: FBI Director Robert Mueller III testifies before the Senate Judiciary Committee during a oversight hearing on Capitol Hill December 14, 2011 in Washington, DC. Mueller testified on the over 2,500 open cases the FBI Corporate and Securities is probing for fraud after they are up close to 50 percent from 2008. (Photo by Win McNamee/Getty Images)

Related Article What was Mueller thinking?

But instead of accepting the good news and moving on, Trump keeps on airing his resentments. He is vindictive in victory. The reason is simple: He needs an enemy. In the drama he presents to his supporters, he needs to be the hero who navigates treacherous terrain and slays monsters. In a peaceful political landscape, there is no divisive story to tell that will keep his base agitated and angry.

Mueller, famously reticent, was a perfect bogeyman for Trump, never hitting back even when the President blasted him endlessly and dishonestly. Mueller hired a team that included some registered Democrats, so Trump falsely claimed the whole investigation was biased. Mueller never spoke publicly, even as Trump attacked him personally, so Trump had free rein to say whatever he wanted without contradiction. He complained that Mueller was on a “witch hunt” more than 250 times.

Trump has always said he’s a fighter, and he promotes this persona whenever he complains about the press, Democrats or prosecutors. When I interviewed him in 2014 he made a point of telling me “I like to fight.” Throughout the 2016 campaign and into his presidency, he has presented himself as a tough guy opposed by bad people. After Barr delivered a summary on Mueller’s findings, Trump made it clear he still wants to fight some more.

PHOTO: Pablo Martinez Monsivais/AP
President Donald Trump speaks with the media after stepping off Marine One on the South Lawn of the White House, Sunday, March 24, 2019, in Washington. The Justice Department said Sunday that special counsel Robert Mueller's investigation did not find evidence that President Donald Trump's campaign "conspired or coordinated" with Russia to influence the 2016 presidential election. (AP Photo/Pablo Martinez Monsivais)

“There’s a lot of people out there that have done some very, very evil things, very bad things,” said Trump, “I would say treasonous things, against our country.” He added, ominously, “Those people will certainly be looked at, I’ve been looking at them for a long time.”

The implication is that Trump and the nation are one and the same: Challenge him and you may be committing treason. When Democrats chose not to applaud certain lines in his 2018 State of the Union address, he called them “un-American,” as if to say patriotism required loyalty to him, personally, and true Americans should be outraged by those who fail to comply.

Trump regularly assesses others for their potential use as enemies to rally his followers against. When some pro football players knelt during the National Anthem to protest inequities in the justice system, he used a speech in Alabama to test their value as enemies. The crowd liked the attack, players responded, and thus a fight was joined – with Trump as warrior.

Last week, during a speech at a tank factory in Ohio, Trump revived his feud with the now-deceased Sen. John McCain, but the audience didn’t warm to the issue. It turns out that people generally admire McCain, a former prisoner of war, and kicking a man who’s in the grave didn’t earn Trump any admiration.

But though Trump failed, that time, in his attempt to frame McCain as a bad guy, his need for an enemy remains. Experts have long recognized that hatred for the other side is the most powerful motivator for partisan voters, but this works best if the enemy seems powerful and real. In 2016 it was Hillary Clinton and the press. As 2020 approaches, Trump will need to freshen up the drama if he’s going to get his side all worked up. Mueller served this purpose. Without him, Trump will have to test out new adversaries.

The challenge to an incumbent who says he’s accomplishing a lot – and Trump does make this claim – is that this success wars with the claim that powerful enemies are thwarting him at the same time.

McCain, who blocked Trump’s effort to kill Obamacare, is too revered to fit the bill. Who will be his substitute? Not Mueller — not anymore. Expect Trump to try out lots of candidates – Congressional Democrats, presidential contenders, even immigrants – as he looks for someone to hate and rally his voters against. He won by deepening the divisions between Americans. He’ll try the same to get re-elected.