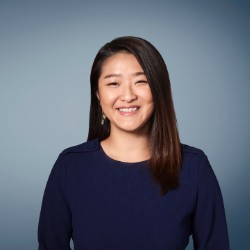 For one of the oldest app developers in the world, being a “dokkyo roujin” – an elderly person who lives alone – turned out to be a benefit in the long run.

“It was easy because I have no one to care for me, whether it’s good or bad,” 83-year-old Masako Wakamiya said of building her first mobile app. In 2017, she launched Hinadan, a game aimed at elderly users.

The lack of distractions let her focus purely on programming, and overcoming the steep learning curve, not only in software development but also an unexpected language barrier.

“Everything was in English,” Wakamiya said. Error messages, online guides, and emails and other communication with Apple about getting her game into the App Store, was all in a foreign language. “People from my generation have trouble with English, and it was tough.”

PHOTO: App Store
The logo for Masako Wakamiya's app Hinadan features a traditional Japanese doll. The game is centered around the annual celebration of Hinamatsuri, or Doll's Day.

Wakamiya bought her first computer when she was approaching 60 – mostly to keep up with friends while she took care of her elderly mother.

“I felt like my view expanded. I was excited to know that the world was much larger, with a diverse range of people,” she said.

In Japan, a “super-aged” nation where one in four people are over 65 years old, Wakamiya said she hoped other elderly people would learn about the potential benefits of technology, particularly when it comes to building new connections and fighting the loneliness and isolation many seniors in Japan struggle with.

“As I discovered how great it is, I thought I should tell that to people from my generation. Then I opened a sort of PC salon in my tiny house and started teaching people of my generation,” she said.

As time went on, Wakamiya began to travel the world to share her story – speaking at TEDxTokyo, meeting Apple CEO Tim Cook and speaking at the United Nations.

“I wondered if the opinions of such an old person like me could be accepted by people, mostly young males at TED, but they welcomed me with warm applause”, she said. “They showed sympathy regardless of generation, nationality or sex – I was moved.”

Wakamiya uses what she calls “Excel art” to spread her message of hope, using the Microsoft spreadsheets application to create designs she has even turned into clothing and crafts.

“Excel may be meaningless for seniors like me but then I thought of a fun idea which those in my generation, in Japan and overseas, can do – like knitting or arts and crafts,” she explains. “The knitting pattern, for example, can be expressed and simulated by Excel and allows people to feel familiar.”

For Wakamiya, using technology is about bringing new means of creativity across generations. Through her outreach, she also wants to inspire young people to find their own voice.

“I want to stay creative, and I want children to be creative. I always tell them to create something and think innovatively … you should always have your own opinions and methods,” she said. “I believe seniors in Japan … are eager to improve. They are the best because they earnestly think about their own old age.”

Wakamiya now says for her life began again at 60, and she’s excited for what’s still to come.

“I’ve been considered a positive person and have been doing what I like even after I’ve aged,” she said. “Some people deny the reality of aging, but it’s like competing against a setting sun, and I find it tiring.”

Instead of fighting it, she said she would “rather set with the sun and enjoy the sunset.”