Why Joe Biden’s VP gimmick is a very bad idea

Joe Biden isn’t formally in the 2020 presidential race yet, but he’s already considering a somewhat radical move: naming a vice presidential pick before he is even the nominee.

“Mr. Biden and his top advisers are considering nodding to the rising next generation in Democratic politics — and elevating an heir — by announcing a running mate early, well before the nomination is sealed.”

It’s a tactic, or a trial balloon, with a clear intent. Biden is 76 years old. He is a white man who has spent his entire professional life in elected office of one sort or another. He is running – or will be running – to lead a party that is increasingly dominated by younger, more diverse voices.

In order to mitigate concerns about his a) age and b) ability to understand and lead a party that looks less and less like him, Biden could name a VP who checked those boxes. 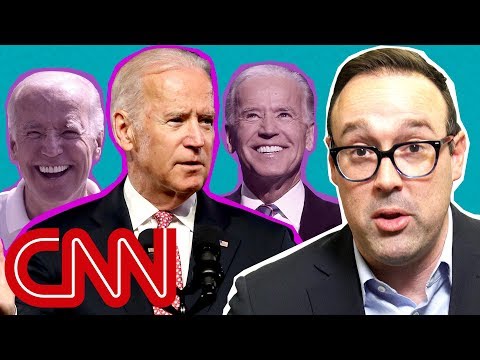 Some close to the former vice president are considering the idea of naming Abrams as his veep pick when, or shortly after, he officially enters the race, Axios reported Thursday, citing close Biden advisers. Abrams, a 45-year-old African-American woman, would certainly provide a complement to Biden on the ticket, although it’s not clear that she would accept even if he offered her an early VP nod.

The vice presidency was not formally discussed during the meeting, two people familiar told CNN.While such a gambit would undoubtedly draw lots and lots of attention – as all unorthodox things in politics do – it’s not at all clear whether Biden would gain any real political benefit from such a move. In fact, the only consensus among Democrats I talked to for this story is that Biden would be taking a major leap if he picked his VP before winning the nomination himself.

“You can see the appeal of adding a running mate like Abrams, who would bring a lot of powerful qualities, but it would be a high-risk proposition,” said David Axelrod, a longtime Democratic consultant, a senior adviser in the Obama White House and now a CNN contributor.

Axelrod added that Biden might end up looking like he was “excessively compensatory” by picking a VP early – admitting a major weakness in his ability to appeal to the younger, more diverse elements of his party.

“There may be a seductive belief that by naming a running mate, you can magically erase political deficits,” said Axelrod. “But at the end of the day, voters select the person on the top of the ticket, not the understudy.”

That sentiment was echoed by Robby Mook, who managed Hillary Clinton’s presidential campaign in 2016. (Mook is also a CNN contributor.) “I think the importance of the VPOTUS choice is often exaggerated, whether it happens at the beginning or middle of the campaign, so I don’t know how much it matters either way,” he said. “The primary will be about Joe Biden – period – whether he picks a VP or not.”

That’s my sense too. Picking a VP early feels a lot to me like eating a Snickers bar when you are super hungry. In the moment it feels GREAT – and you get a big boost of energy right after. But a Snickers bar doesn’t make a full meal. So you get hungry again – and sooner than you should.

The early VP pick reeks of gimmickry, mixed with a whiff of desperation. It would be Biden publicly admitting his weaknesses even while trying to convince Democrats that he is the one candidate – amid this incredibly crowded field – who is the right choice to represent them.

It’s a gamble without an upside.