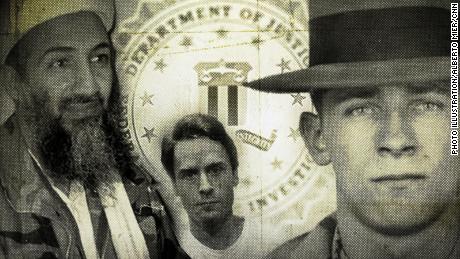 By Ryan Prior, CNN

(CNN)It's our modern-day version of the "Wanted" posters that used to populate old Western movies.

Sixty-nine years ago this week, the FBI created its Ten Most Wanted Fugitives list. Since then it's become part of American pop culture and featured some of the country's most notorious and dangerous criminals: Ted Bundy. John "Whitey" Bulger. Osama bin Laden.
The FBI launched its Ten Most Wanted program on March 14, 1950. Almost seven decades later, it's still making news. In the past month, authorities captured or killed two of its members.
Its history is the story of our own collective effort to grapple with evil.

It began with a conversation between Hoover and a journalist

Read More
It has its roots in a list of 28 "public enemies" the Chicago Crime Commission published during the Prohibition era.
Throughout the 1930s, then-FBI director J. Edgar Hoov