A day after Venezuela’s embattled president and his opposition rival held dueling rallies in the capital Caracas, opposition leader Juan Guaido said he will call for a “state of national emergency” in a special session of parliament on Monday.

The South American nation continues to struggle with an ongoing power outage – parts of Venezuela remained without power over the weekend after 70% of the country had an outage late last week, and officials warned that hospitals were at risk.

Guaido, Venezuela’s self-declared interim president, said Sunday that 16 states continued to be completely without power, while six have partial power. He said the private sector has lost at least US $400 million from power outages.

Meanwhile, embattled President Nicolas Maduro blamed the United States for the blackout, telling supporters at a rally Saturday that the nation’s electric grid had been sabotaged. The United States has attributed the outage to the Maduro regime’s “incompetence.”

View of Caracas during the partial power outage on March 9.
MATIAS DELACROIX/AFP/AFP/Getty Images

As Venezuelans continue to struggle with the nationwide power failure, Guaido said the people who died during the blackouts had been “murdered” by the government.

“Venezuela has truly collapsed already,” Guaido told CNN in an interview in a sweltering hotel room in the Venezuelan capital, another byproduct of the blackouts. “There is no service in the hospitals. These were the best hospitals in the country. … You can say with all responsibility that Venezuela has already collapsed.”

Guaido said the Maduro government’s accusations of a US cyberattack were absurd. Venezuela’s main power plant is full of aging, analog machinery not connected to any network, he said.

Maduro warns against encouraging US intervention

Maduro on Saturday announced changes inside Corpoelec, Venezuela’s national electric company. The first step, he said, was to “clean” the company to get rid of “traitors” and “infiltrators.”

Maduro waves a Venezuelan flag at the rally at the Miraflores Presidential Palace in Caracas.
YURI CORTEZ/AFP/AFP/Getty Images

Maduro also criticized opposition calls for a military intervention in Venezuela saying that if the US decided to carry military actions in the country, both pro-opposition and pro-government groups will be affected.

On Thursday, US Secretary of State Mike Pompeo had rejected Maduro’s finger-pointing, blaming him for the situation. 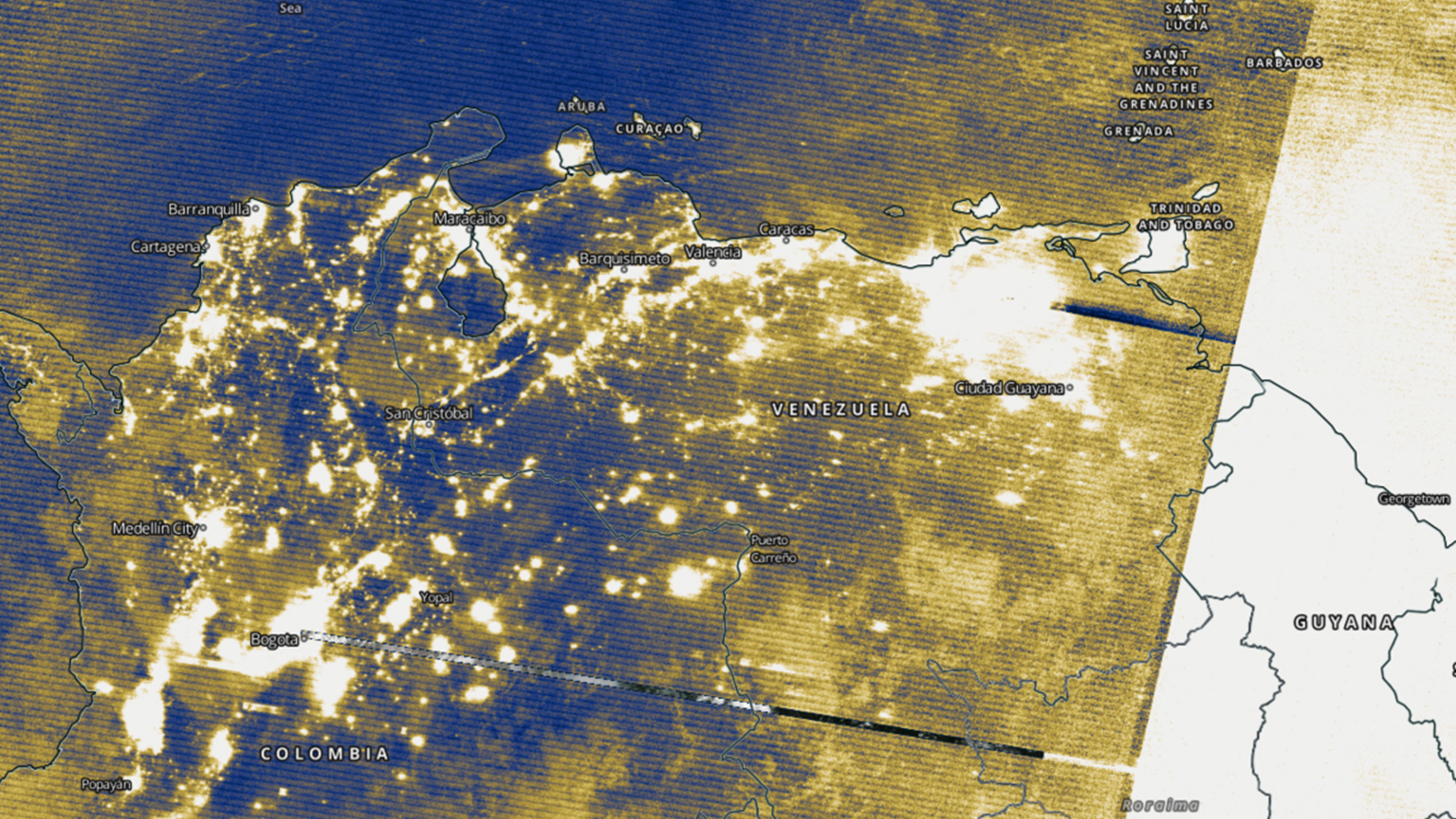 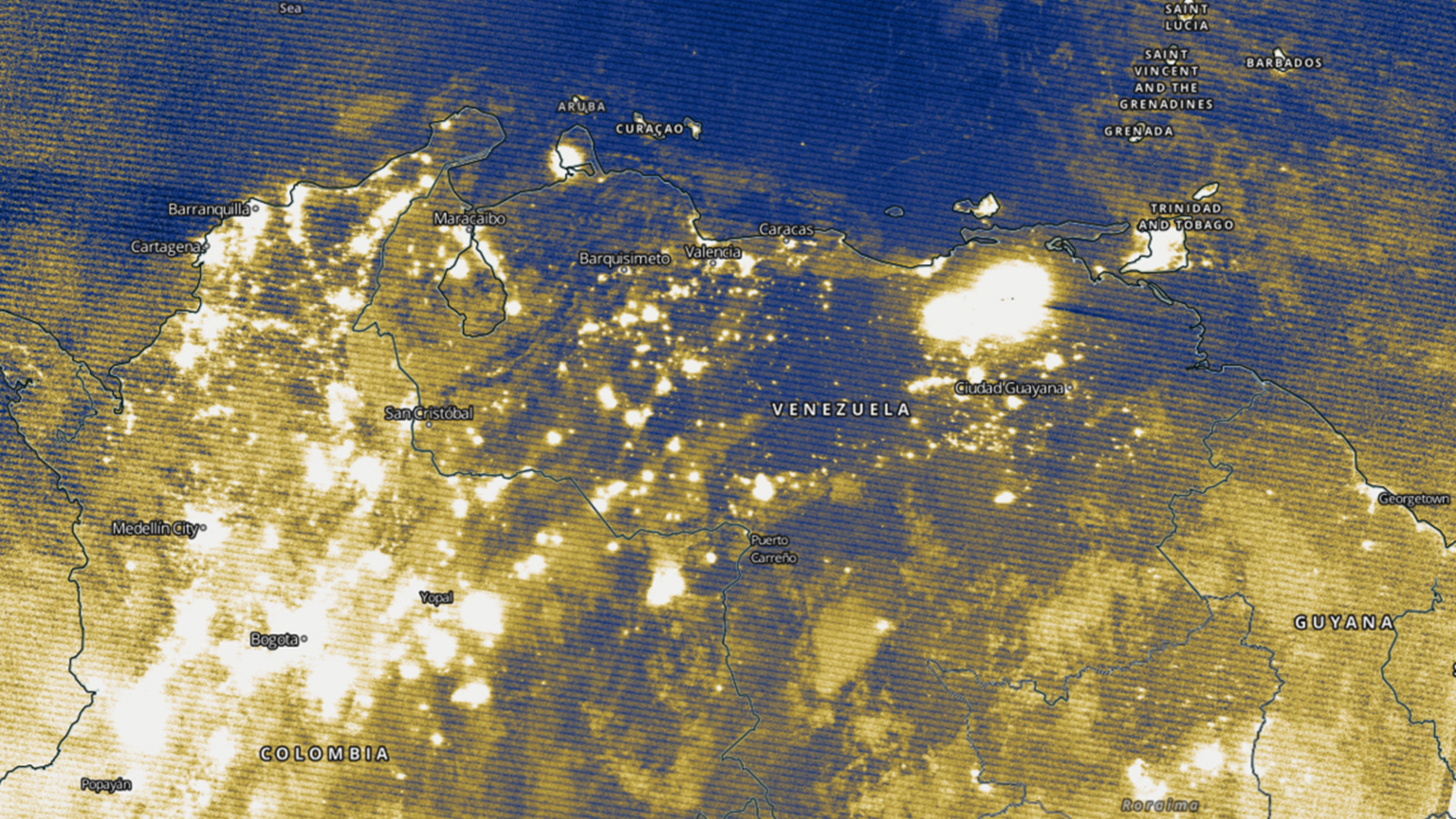 From Caracas, CNN’s Patrick Oppmann reported that electricity returned in some areas of the city on Friday but by Saturday afternoon the entire city was without power.

“From the 26th floor of a building in Caracas there was nothing visible but a sea of blackness on Saturday. Except for a few pinpricks of light from the lucky few with generators, Venezuela’s capital and home to five million people remained in the dark,” Oppmann said.

“Every so often the occasional gunshot would ring out in the night. There was a run on gas and food and water and a growing sense that the Venezuelan government is unable to restore power to its citizens,” he said.