Less than 24 hours before former Trump fixer Michael Cohen is scheduled to appear in an open hearing to discuss his relationship with the President of the United States and shed light on his involvement in a hush money scheme involving two women alleging they had affairs with the billionaire businessman, Florida Republican Rep. Matt Gaetz directly threatened Cohen via Twitter.

“Hey @MichaelCohen212,” Gaetz tweeted on Tuesday afternoon. “Do your wife & father-in-law know about your girlfriends? Maybe tonight would be a good time for that chat. I wonder if she’ll remain faithful when you’re in prison. She’s about to learn a lot…”

Gaetz offered zero proof for his claims of infidelity by Cohen. Speaking to reporters outside his office Tuesday evening, Gaetz defended his tweet, adding that it wasn’t a threat. He told reporters his tweet wasn’t witness-tampering, but instead was “witness-testing.” Gaetz said he’s trying to get into Wednesday’s hearing to ask questions (he’s not on the House Oversight Committee), and he added that he didn’t speak with Trump about his allegations.

In an interview with CBS News after the tweet, Gaetz was pressed for evidence of the claim he hinted at on his Twitter feed and he replied: “As the President loves to say, ‘We’ll see.’ “

It’s revealing that Gaetz chose to quote Trump in mounting his defense of an indefensible tweet. Few – if any – Republican members of Congress have more fully embraced Trump’s go-for-the-jugular approach to politics than Gaetz. An April 2018 profile of Gaetz in GQ described him as the “Trumpiest Congressman in Trump’s Washington.”

Gaetz endorsed Trump’s presidential campaign in its earliest days and, unlike many skittish Republicans, never backed away from that support. Following Trump’s victory, Gaetz has been a willing water boy for the President – pushing conspiracy theories about a “deep state” within the government targeting Trump, and savaging FBI agent Peter Strzok in a House hearing. 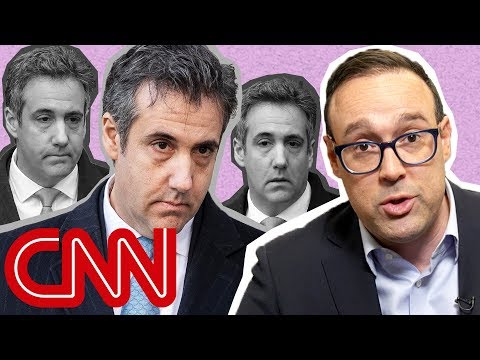 Gaetz has also become a regular fixture on Trump’s preferred communication medium – cable TV – where he has delivered the sort of unapologetic (and factually unfounded) attacks that please the President to no end.

Trump, as is his wont, repaid Gaetz’s blind loyalty with an endorsement of his 2018 campaign while on a July trip to London. Tweeted Trump: “Congressman Matt Gaetz of Florida is one of the finest and most talented people in Congress. Strong on Crime, the Border, Illegal Immigration, the 2nd Amendment, our great Military & Vets, Matt worked tirelessly on helping to get our Massive Tax Cuts. He has my Full Endorsement!”

Which all brings us back to Gaetz’s tweet. Let’s go through what we know as of right now:

1. Gaetz is a very close ally of Trump

3. Cohen will tell his story publicly on Wednesday

If you think that Gaetz’s tweet was just a random act, then you haven’t been paying attention to politics for very long. Or, well, ever.

What Gaetz was trying to do is intimidate Cohen on behalf of Trump. Did Gaetz do so at the behest of Trump or as a solo actor simply trying to impress the President with how far he was willing to go over the line of acceptable conduct? I don’t know – although I hope when the press corps wakes up with Trump in Vietnam they ask him directly if he talked to Gaetz about the upcoming Cohen hearing.

Regardless of what spurred Gaetz to tweet what he tweeted, what is not in question is that the Florida Republican’s goal was to make Cohen think twice about what he says in front of the House Oversight Committee. This is thuggery that should be beneath even someone as brazenly political and calculating as Gaetz.

“We will not respond to Mr. Gaetz’s despicable lies and personal smears, except to say we trust that his colleagues in the House, both Republicans and Democrats, will repudiate his words and his conduct,” Cohen attorney Lanny Davis said. “I also trust that his constituents will not appreciate that their congressman has set a new low – which in today’s political culture is hard to imagine as possible.”

When Michael Cohen and Lanny Davis are the voices of moral righteousness, you know you’ve hit a previously unimagined new low in politics. Which this moment undoubtedly is.

Just before midnight, Gaetz tweeted, “While it is important 2 create context around the testimony of liars like Michael Cohen, it was NOT my intent to threaten, as some believe I did. I’m deleting the tweet & I should have chosen words that better showed my intent. I’m sorry.”