But here is what we’ll remember these Oscars for years from now: Glenn Close’s shocking loss, Spike Lee winning his first Oscar, “Black Panther’s” historic wins, Mike Myers and Dana Carvey bringing back Wayne and Garth and that emotional duet from Lady Gaga and Bradley Cooper. Click here to relive all the best moments from the show, get the full list of winners, see the night in pictures and, of course, check out the best looks on the red carpet.

Venezuela’s opposition leader and self-declared interim president is about to call for a state of emergency for his country. Juan Guaido said he’d call for the “state of national emergency” during a special session of parliament today after a massive power outage crippled the country. Guaido blamed the blackouts for 17 deaths and told CNN the outage was a sign the country “has truly collapsed.” President Nicolas Maduro accused the US of having a hand in the blackouts. He said sabotage caused by a US cyberattack was behind the widespread power outages. But Guaido says that’s nonsense because Venezuela’s main power plant is old and not connected to any network.

One of two women accused of killing Kim Jong Un’s half-brother was unexpectedly freed earlier this morning. The murder charge against Siti Aisyah was dropped, but prosecutors in Malaysia didn’t say why. Aisyah is expected to return to her home country of Indonesia later today. Prosecutors did not drop charges against her co-defendant, Doan Thi Huong. Aisyah and Huong were charged with killing Kim Jong Nam in February 2017 and faced the death penalty if convicted.

The US is about to become the world’s leader in exporting energy. Later this year the US will pass Saudi Arabia in exports of oil, natural gas liquids and petroleum, energy research firm Rystad Energy predicts. That’s never happened since Saudi Arabia started selling oil overseas in the 50s. So what’s behind this? The shale oil and natural gas boom. Innovations in drilling have opened up huge swaths of resources in shale oilfields in Texas, North Dakota and other places. Thanks to shale, the US has doubled its oil production over the past decade. America now pumps out more oil than the Saudis or the Russians.

What’s better than celebrating your engagement with family and friends? Celebrating with family, friends and a surprise serenade by Taylor Swift.

Out in the open

The legacy of Katherine Johnson – of “Hidden Figures” fame – will stay front and center now that NASA has renamed a facility to honor her.

Out of this world

Microsoft’s new augmented reality headset will blow your mind. It’ll blow a $3,500-hole in your wallet, too.

Remember that Alabama newspaper editor who urged the Klan to “ride again?” Well, he’s been replaced – by an African-American woman.

“At no time was the animal out of its enclosure … please understand why barriers are put in place.”

4 Year Old Mic'd up at Hockey 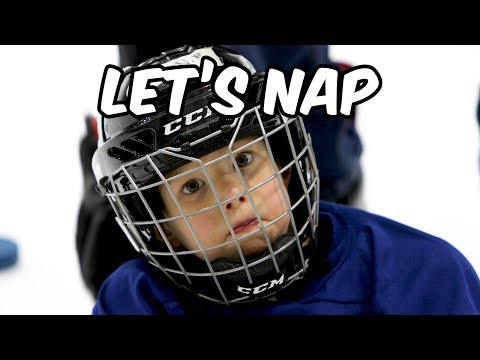