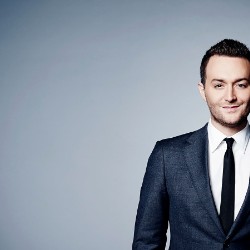 Satya Nadella has defended Microsoft’s $479 million contract to supply augmented reality systems to the US military that has been criticized by some of his colleagues.

The CEO said Monday that while he would continue to engage with employees and consider Microsoft’s role as a corporate citizen, the company would not “withhold technology” from democratic governments.

“We made a principled decision that we’re not going to withhold technology from institutions that we have elected in democracies to protect the freedoms we enjoy,” he told CNN Business at Mobile World Congress.

“We were very transparent about that decision and we’ll continue to have that dialogue [with employees],” he added during the exclusive interview.

Microsoft (MSFT) was awarded the contract to supply “Integrated Visual Augmentation System” prototypes to the US military in November. The company could eventually deliver over 100,000 headsets under the contract.

Microsoft’s HoloLens augmented reality technology allows users to see the world around them, but with virtual graphics overlaid.

The Israeli military, which has taken delivery of some HoloLens headsets, says the technology can be used to help commanders visualize the battlefield and field medics to consult doctors.

According to procurement documents, the US military is seeking a single platform that provides its forces with “increased lethality, mobility and situational awareness” in combat.

Related Article It's all about Huawei. World's biggest mobile tech show gets started

Microsoft employees have recently circulated a letter addressed to Nadella and Brad Smith, the company’s president and chief legal officer, arguing that the company should not supply its HoloLens technology to the US military.

“While the company has previously licensed tech to the US military, it has never crossed the line into weapons development. With this contract, it does,” the letter says, according to a copy posted to Twitter.

Nadella, who launched the $3,500 HoloLens 2 Sunday at Mobile World Congress, said Microsoft was “clear-eyed about the responsibility we have as a corporate citizen” when it comes to the unintended consequences of technology. But he framed the decision to supply the US military around corporate responsibility.

“It’s really about being a responsible corporate citizen in a democracy.”

Smith wrote in a blog post published last year on Microsoft’s website that the company would help employees who didn’t want to work on specific projects to switch to another part of the business.

But he said the company would continue its “longstanding support” for the US Defense Department.

“All of us who live in this country depend on its strong defense,” he wrote in the blog. “The people who serve in our military work for an institution with a vital role and critical history.”

The US government said in procurement documents that it wants to integrate night vision, communication, targeting and threat recognition capabilities in its new headsets.

“Soldier lethality will be vastly improved through cognitive training and advanced sensors, enabling squads to be first to detect, decide, and engage,” the documents state.