Dolly Parton says her husband is proud of her, but he’s not the biggest fan of her music.

Appearing Monday on the UK’s “Good Morning Britain” to promote the West End premiere of “9 to 5: The Musical,” Parton revealed that her husband of more than 50 years, Carl Thomas Dean, has only seen her perform a few times.

Dolly Parton: My Husband is Not Necessarily One of My Biggest Fans | Good Morning Britain 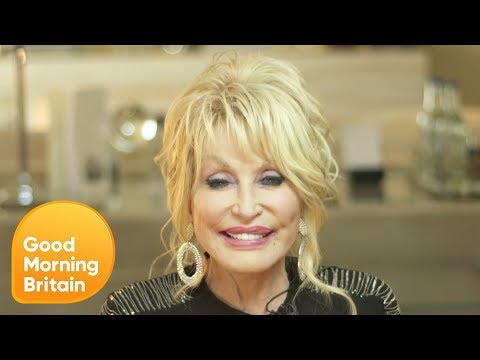 “Usually if I’m playing at state fairs,” she said, “he loves to go to the fair and go to the tractor pull, go to the stockyards and do all that.”

But the legendary country singer said, “He’s not necessarily my biggest fan” when it comes to her tunes.

“He’s proud of me and he loves that I love what I do,” she said. “It’s a touchy subject. I’m like his little girl I think, and he just worries about that.”

Dean is more of a hard rock and bluegrass fan, his wife said.