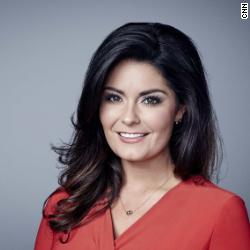 A North Carolina woman testified Monday that she illegally picked up and falsified absentee ballots in a 2018 congressional election under the direction of a political operative who was working on behalf of the race’s Republican candidate.

In the first day of the North Carolina State Board of Elections hearing into election irregularities in the 9th District race, Lisa Britt detailed how the operation worked. The race is the last undecided contest from the 2018 midterm election and the North Carolina seat remains open amid allegations of fraud.

The state board of elections voted not to certify the results in which Republican Mark Harris, a Baptist minister, led Democrat Dan McCready, a businessman and retired Marine, by 905 votes. The decision to not certify stemmed from the board’s investigation into bizarre results involving absentee ballots.

North Carolina elections officials, as well as local and state prosecutors, are investigating allegations of fraud that could involve suppressing or tampering with absentee ballots.

North Carolina requires a witness to sign an absentee ballot, and usually they are family members or friends. But a CNN review in the 9th District race found three witnesses signed more than 40 ballots each, another signed 30 and three other people signed more than 10 apiece.

The focus of the election board probe is Bladen County, where operative Leslie McRae Dowless led a loosely connected group involved in questionable absentee ballot activity.

Britt said in her testimony she was paid by Dowless, her former stepfather, to collect absentee ballots. Dowless is a convicted felon who was hired by a consulting firm paid by the Harris campaign, and is at the center of allegations that absentee ballots were tampered with.

Previous statements from Dowless’ attorney have denied any illegal activity.

Britt testified that she did not believe Harris had any knowledge of the operation.

“I think you’ve got one innocent person in this whole thing who had no clue to what was going on, and he’s getting it really bad here – and that’s Mr. Mark Harris. And it’s terrible,” Britt said.

She also admitted that she signed absentee ballots as a witness when she did not witness the voter filling it out. Britt said she forged her mother’s signature on between seven and nine ballots to “not raise red flags” that the same people were signed as witnesses on too many absentee ballots.

Britt said she did all of this under the instruction and often supervision of Dowless.

Britt testified that, following the election, Dowless invited workers to his home and told them not to admit to collecting ballots.

She said that Dowless told the group that, “as long as we stick together, we’ll all be fine because they don’t have anything on us.” She added that the only reason she was collecting absentee ballots, which is illegal to do in North Carolina, was because Dowless paid her to do it.

The state board of elections presented a slide that showed a text message with a photo of a letter that Britt said Dowless sent her last Thursday, discussing this week’s hearing. Britt testified that Dowless told Britt and her mother to read the statement at the hearing Monday.

Britt was the first witness called in what could be a three-day hearing that may decide the outcome of the election. This case could potentially lead to another election being held for the state’s 9th District House seat. McCready initially conceded, but later withdrew his concession after he saw the “criminal activity come to light,” he said, and called on Harris to tell voters what he knew and when.