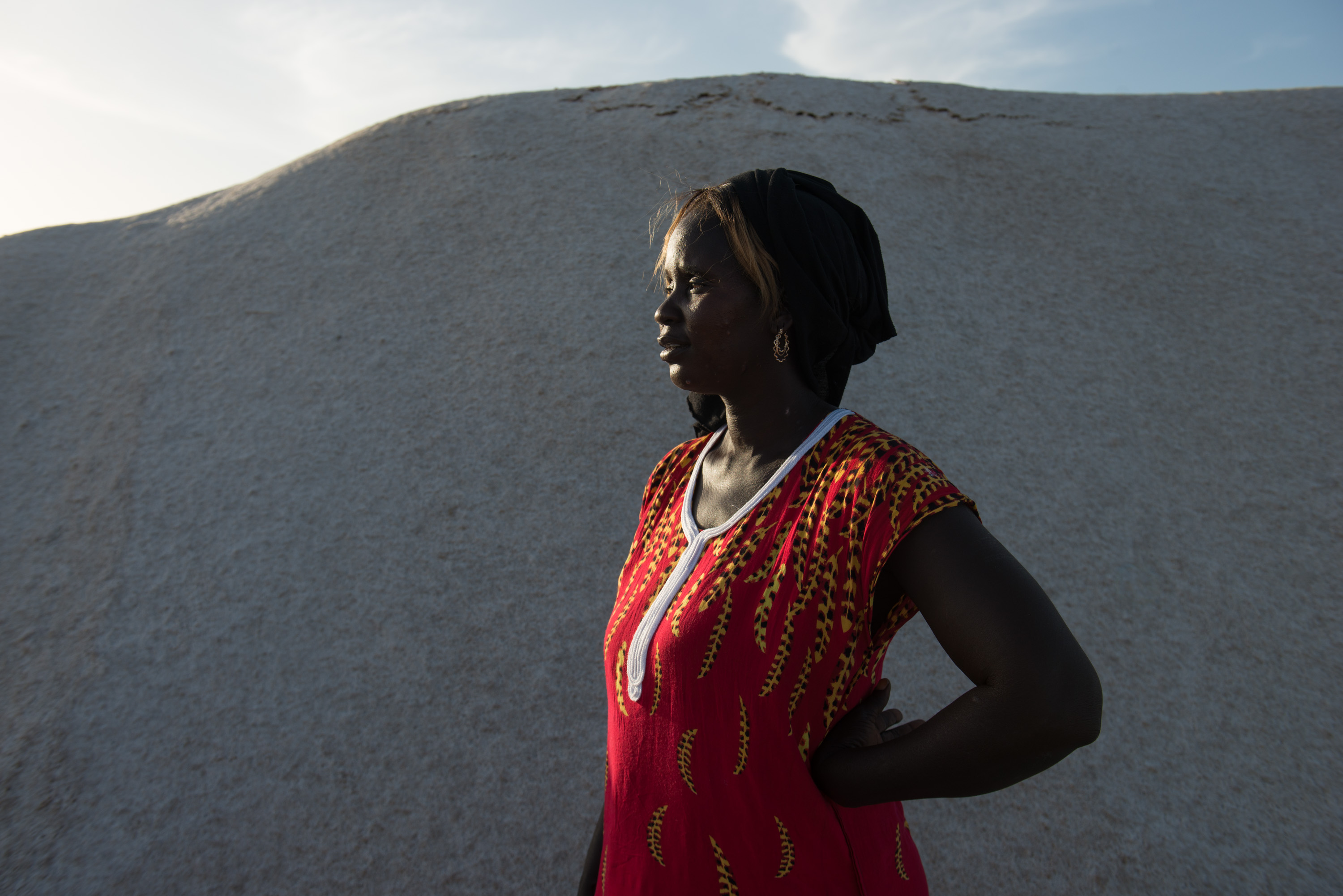 Small-business owner Marie Diouf, known as the "queen of iodized salt," oversees the iodization process at her salt flat in Fatick, Senegal, on December 2, 2018.

The 'Salt Queen' working to transform the health of a nation

Fatick, Senegal — Marie Diouf, 35, is on her cellphone speaking swiftly in Wolof, a lyrical Senegalese language, as salt flies past her.
Dressed in a red boubou, a long traditional robe, Diouf cuts a striking figure in an otherwise muted landscape encrusted in white. As the sun sets, casting an orange hue over the salt flats of Fatick, in southwestern Senegal, Diouf stands, hand on hip, surveying a group of sinewy young men chipping away at a hardened, crystallized mound.
"When I saw other men who had their own land I thought, 'why not me?'" Diouf said, gesturing across the expansive plains, dotted with ancient baobab trees. In the distance, tucked away in fields of dry maize, is her village Ndiemou, which means "Salt" in the local Serer language.