Companies use your data to make money. California thinks you should get paid 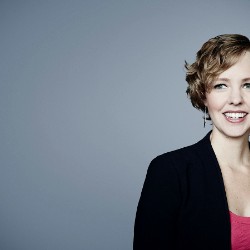 By Heather Kelly, CNN Business
Updated 1:10 PM EST, Wed February 13, 2019
PHOTO: CNN
Now playing
06:11
This city is giving out free cash to curb poverty
PHOTO: CNN
Now playing
02:32
McDonald's is putting cameras in dumpsters. Here's why
Now playing
03:53
Watch this drone swarm replant a burnt forest
PHOTO: Gary Apodaca/LAFD
Now playing
01:50
Watch the country's first firefighting robot in action
Now playing
03:36
Could this be the cure to our plastic problem?
PHOTO: Sean Gallup/Getty Images Europe/Getty Images
BERLIN, GERMANY - AUGUST 15: A mushroom belonging to the Russula genus (in German: Taeubling) grows in a forest near Schlachtensee Lake on August 15, 2011 in Berlin, Germany. The exceptionally rainy German summer has caused mushrooms of all types to flourish, much to the delight of mushroom gatherers. (Photo by Sean Gallup/Getty Images)
Now playing
01:35
Could mushrooms be the key to replacing plastic?
PHOTO: Christopher Furlong/Getty Images Europe/Getty Images
SCUNTHORPE, ENGLAND - OCTOBER 19: The sun sets behind the Tata Steel processing plant at Scunthorpe which may make 1200 workers redundant on October 19, 2015 in Scunthorpe, England. Up to one in three workers at the Lincolnshire steel mill could lose their jobs alongside workers at other plants in Scotland. Tata Steel UK is due to announce the Scunthorpe job losses this week. (Photo by Christopher Furlong/Getty Images)
Now playing
01:42
These bacteria turn industrial emissions into fuel
Beeflow
Now playing
01:43
Why this startup is making honeybees smarter
PHOTO: Makani
August 2019 - Makani's energy kite launches from a floating platform in the North Sea off the coast of Norway
Now playing
02:01
These energy kites can go where wind turbines can't
PHOTO: CNN
Fraser, a healthy chocolate lab, is a participant in the Vaccination Against Canine Cancer Study.
Now playing
02:37
A vaccine against cancer? These dogs are the first patients
PHOTO: Photo Illustration: Getty Images / Loop / CNN
Now playing
03:50
How the world's biggest brands plan to end garbage
PHOTO: Alfredo Alcántara
Now playing
04:33
New York's secret weapon against big storms? Oysters
Now playing
04:58
From a drop of blood, this company can predict what your face looks like
PHOTO: Apeel Sciences
Now playing
03:39
The startup fighting mushy bananas and shriveled strawberries
Now playing
03:04
Could this giant floating pipe clean up 90% of ocean plastic?
Now playing
05:50
Is algae the food of the future?
(CNN Business) —

People give massive amounts of their personal data to companies for free every day. Some economists, academics and activists think they should be paid for their contributions.

“California’s consumers should … be able to share in the wealth that is created from their data. And so I’ve asked my team to develop a proposal for a new data dividend for Californians, because we recognize that your data has value and it belongs to you,” said Newsom during his annual State of the State speech.

The concept is based in part on an existing model in Alaska where residents receive payment for their share of the state’s oil-royalties fund dividend each fall. The payouts, which can vary from hundreds of dollars to a couple thousand of dollars per person, have become a regular part of the state’s economy.

The mention was brief, and conspicuously lacking details, but it could be enough to push the concept from fringe to mainstream. A recent surge in experiments with universal basic income, a related idea that proposes giving everyone a base wage, may help pave the way.

“A lot of people recognize that today’s inequality levels aren’t sustainable, and that the economy is creating large amounts of wealth for a very small number of people,” said Natalie Foster, co-chair of the Economic Security Project, an organization that advocates for basic income. “Something has to be done about it, and a data dividend is one of the ideas that starts to change the course.”

There are a few ways data dividends could be set up. One is as data wages, which would pay individuals for the amount of data they contributed to companies. Another is universal data income, which takes money from the companies collecting data and puts it into a public fund, resulting in an annual payout that is split between residents. There could also be data guilds or unions, acting as an intermediary and negotiating with the companies on people’s behalf.

The actual amount of money people could receive would likely start small, at $50 to $100 a year, but it could eventually grow to $5,000 a year per person, according to experts.

That may sound like a lot, but it wouldn’t only come from the usual suspects. Most people know they provide information about their lives and interests to companies such as Facebook and Google, purportedly in exchange for free services. But that’s just one sliver of what is being vacuumed up by companies every day, many of which are in industries other than technology, such as health care, retail and insurance.

Artificial intelligence systems are being trained using data collected from nearly every aspect of people’s lives. Driving your car to work helps train the autonomous vehicles of the future, while recordings of your calls to customer service lines can teach bots how to sound human. Every online purchase and credit card transaction, social media post, shared selfie and location ping from a smartphone is likely being used to help a company make money.

Related Article Drinkable water is scarce. These companies are pulling it out of the air

“There’s tremendous economic value that’s collectively created,” said Chris Benner, director of UC Santa Cruz’s Institute for Social Transformation. “All the data we generate every time we interact on any kind of digital platform is monetized.”

It’s not just personal data. Benner says companies have also benefited financially in other ways that could justify a dividend. For example, he says many tech companies have used public-sector investments and research to help build their products, such as the iPhone. Companies like Facebook and Uber also benefit from the network effect of massive amounts of users flocking to a single service. The more people who use a product, the more valuable it is to investors and stakeholders.

The idea of a digital dividend has been floating around in various forms for years, but was given a push in the 2017 book “Radical Markets” by Glen Weyl, a principal researcher at Microsoft Research and a visiting scholar at Princeton University. He compares the current data economy to housewives in the 1950s and 1960s. There was little recognition of the value of the unpaid work women were doing at home until they started joining the workforce.

Data dividends are still a long way from becoming a reality and much is unknown about how they would work. Collecting data is infinitely more complicated than pumping oil. Calculating how much information a single person or state-full of people have contributed, and which companies benefited financially, will be incredibly difficult. And while tech companies have been mostly quiet on the concept, they would likely sink significant amounts of money into fighting any laws around it.

But those challenges lie in the future. For now, the people who think companies owe residents for their data just want to get the conversation started.