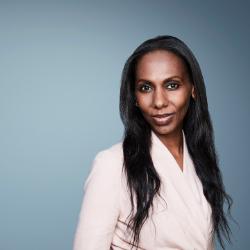 The Saudi-led coalition fighting in Yemen on Saturday denied supplying Iranian-backed Houthi militia and al Qaeda-linked fighters with US-made weapons, according to a report from Saudi state media.

The coalition’s denial comes on the heels of a CNN investigation published earlier this week that found Saudi Arabia and its coalition partners had supplied American-made weapons to al Qaeda-linked fighters, hard-line Salafi militias and other factions battling in Yemen – a violation of their arms sales agreements with the United States.

Coalition spokesman Col. Turki Al-Malki “strongly denied those claims,” per a report from the Saudi Press Agency, and said the idea that weapons were transferred to third parties was “illogical.”

Al-Malki did not deny the claim but said what was shown in media reports were damaged military vehicles being prepared for evacuation out of Yemen. He added the coalition takes seriously any claims of outside parties obtaining weapons.

The CNN report did not allege the coalition gave the weapons directly to al Qaeda in the Arabian Peninsula, nor to Iran. CNN reported the weapons made their way into the hands of Iranian-backed rebels, exposing some of sensitive American military technology to Iran and potentially endangering the lives of US troops.

Saudi Arabia and the United Arab Emirates, its main partner in the war, used the US-made weapons as currency to buy the loyalties of militias or tribes and influence the political landscape, according to local commanders on the ground and analysts who spoke to CNN.

The US is the biggest supplier of arms to both Saudi Arabia and the UAE, and its support is key to the coalition’s continuing war in Yemen.

A senior official of the United Arab Emirates, Saudi Arabia’s main partner in the war, acknowledged to CNN the transfer of weapons to the Giants Brigade, saying it was “part of Yemeni forces that fight the Houthis on the ground and under our direct supervision.” But the official denied this was a violation of the coalition’s agreement with the United States.

The coalition remains committed to vigorously countering AQAP and will continue to work with international partners in this regard, Al-Malki said.

Prior CNN investigations found US-made weapons were used in a series of deadly Saudi coalition attacks that killed dozens of civilians, including children.