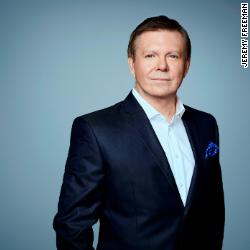 Eagle Pass, Texas, is usually a pretty quiet place. But this week, it has turned into an immigration showdown involving hundreds of law enforcement officers and a migrant caravan.

The migrants, about 1,800 of them, are being housed by the Mexican government across the Rio Grande in Piedras Negras.

The Central American immigrants want to come to the United States but US authorities are telling them to stay in Mexico while they wait through the process of seeking asylum.

The migrants began showing up Monday, arriving along the border on more than 50 buses.

In preparation for the migrants’ arrivals, the Republican governor of Texas, Greg Abbott, sent 500 officers from the department of public safety to Eagle Pass, according to Mayor Ramsey English Cantu.

A CNN crew there Thursday night saw the Department of Public Safety along with Border Patrol vehicles parked near the banks of the river with their emergency lights on.

“As part of our border security plan, we keep DPS on the border with boats & planes. They work with local & federal authorities to enforce the law,” Abbott tweeted.

The Department of Public Safety declined to comment, saying it does not discuss matters related to operational security.

“That said, DPS continues to provide direct support to our local, state and federal partners, including the US Border Patrol, to enhance security along the border and to combat drug and human smuggling into Texas and the nation,” it said in a statement.

The US military is also sending 250 active-duty troops to the city, the Pentagon said Wednesday. They will include military police, medical personnel and engineers tasked with putting up razor wire.

The migrants are staying in an old warehouse that has been turned into a shelter.

About 16 to 20 cases can be processed each day, said Paul Del Rincon, port director for the Eagle Pass Port of Entry.

Eagle Pass has about 26,000 residents, according to the US Census.