For months, Elizabeth Warren has struggled to get from under the muddled – and occasionally contradictory – story she has told about her own belief in her Native American heritage, and whether she ever either claimed that background on documents or received any sort of advantage from it.

On Tuesday, Warren’s claims took a major hit: The Washington Post reported on a Texas bar registration card from 1986 in which, clearly and apparently in her own hand, the Massachusetts Democrat had written “American Indian” when asked to identify her race.

Neither Warren nor her office denied either the authenticity of the document nor that it was the senator’s signature on it. “I can’t go back,” Warren told the Post in an interview Tuesday. “But I am sorry for furthering confusion on tribal sovereignty and tribal citizenship and harm that resulted.”

Here’s why this all matters so much: Prior to the Post’s report of this bar registration card, Warren had maintained some level of plausible deniability about claiming herself as a Native American. As the Post wrote:

“The Texas bar registration card is significant, among other reasons, because it removes any doubt that Warren directly claimed the identity. In other instances Warren has declined to say whether she or an assistant filled out forms.”

When the story initially broke WAY back during Warren’s 2012 Senate campaign, it was reported that Warren had been listed as a minority in a faculty directory at Harvard Law School – and had been part of the school’s touting of its diversity. At the time, Warren and her campaign insisted that she was unaware that her background was being touted by Harvard – and had never asked them to do so.

When subsequent stories emerged about Warren being listed as a Native American in a similar faculty directory at the University of Pennsylvania, the Warren team gave the same answer. She wasn’t aware of the listing – and certainly never gained any benefit from it.

A richly reported Boston Globe investigation concluded that Warren was correct in her claim that she had never gained professionally from being listed as a Native American. But the larger question over her heritage lingered.

The answer to that is still fuzzy. Last October, Warren released a five-minute video designed to settle the controversy once and for all – and before she announced for president.

Not only was that something short of foolproof evidence, but it also angered the Cherokee Nation, which argued that defining ethnicity via DNA and bloodlines was a dicey proposition.

Last week, seemingly out of the blue, Warren apologized to the tribe for using the DNA test as an attempt to prove her heritage. That apology makes much more sense in light of the Post reporting on Tuesday.

What we now know is that Warren actively identified as a Native American as far back as 1986. This was not some mix-up or misunderstanding or someone who worked for Warren making a mistake. This was Warren’s doing.

That still doesn’t mean that she gained anything from her decision to call herself a Native American on some documents. The bar registration card is a simple formality, not the sort of thing that would somehow benefit Warren in some material way. 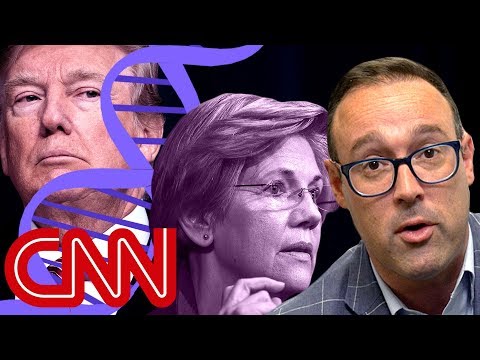 But what it does mean is that Warren’s efforts to clear all of this up before she officially becomes a presidential candidate – she’s in the exploratory committee phase now – have failed and failed miserably.

A big part of presidential campaigns is introducing yourself to voters who don’t know you. And the best way to do that is to tell them the story of your life – how you came to a place where you believe you are best equipped to represent a nation of more than 300 million people.

That back story is hopelessly compromised for Warren now. Every time she talks about growing up or her life before this presidential race, it will dredge up the (ongoing) controversy over why she claimed to be Native American despite very iffy evidence of that claim. She won’t be able to escape it. It will be in every story about her past – and in most voters’ minds when they think about which candidate to support.

Given that Donald Trump is President of the United States, nothing is impossible in politics. So Warren could somehow put all of this behind her, somehow, and be the nominee. But there’s no question that her path to the Democratic presidential nomination has grown significantly steeper since last October. And the incline got even more pitched on Tuesday.