Intense competition for 2020 talent ramps up in South Carolina 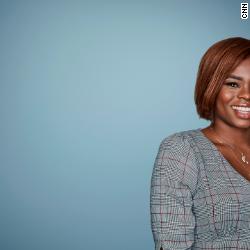 The South Carolina Democratic primary is more than a year out, but the scramble for top political talent is well underway as the Democratic presidential campaigns jockey for advantage in the Palmetto State.

The intense early competition among the campaigns is a product of the unusual breadth, depth and diversity of Democratic field. In a presidential year when black voters are likely to have outsize influence in selecting the Democratic nominee, all of the campaigns are focused on building the strongest operations possible in a state where black voters comprised 61% of the Democratic electorate in the 2016 primary election.

If one candidate were to galvanize the black vote in South Carolina, the result could signal viability to voters and donors alike in many of the states in the Southeast that also fall early on the primary calendar.

In recent weeks, advisers for Kamala Harris, Joe Biden and Cory Booker, as well as other White House aspirants, have engaged in a fierce battle for operatives in the first-in-the-South primary state. They have courted potential hires with job offers and big titles—or in Biden’s case, a promise that the wait would be worth it—as they seek to build their broader network of influencers in the state.

PHOTO: Christopher Victorio/Media Punch/AP
OAKLAND; CA - JAN 27: U.S. Senator Kamala Harris (D-CA) speaks to her supporters at the official launch rally for her campaign as a candidate for President of the United States in 2020 in front of Oakland City Hall at Frank H. Ogawa Plaza on January 27, 2019; in Oakland, California. Credit: Christopher Victorio/imageSPACE/MediaPunch /IPX

For the campaigns and the campaigns-in-waiting, the importance of South Carolina has meant careful tending of relationships with leaders like Rep. James E. Clyburn — the House majority whip who has pledged to remain neutral in the Democratic primary, but will still have enormous influence over the process — as well as state Rep. Jerry Govan, who is chairman of the black caucus; state Sen. Marlon Kimpson of Charleston; and state House Minority Leader Todd Rutherford.

Several sources who spoke to CNN say that top political talent in the state is being courted most heavily by three hopefuls: Booker, Harris and Biden. Biden’s political team has been making calls to South Carolina Democrats to get them on board, possibly to launch a campaign with a solid team in place.

For his part, Booker clinched two top hires in the Palmetto State who’d been pursued by multiple campaigns. Christale Spain will lead the campaign’s South Carolina efforts as state director, and Clay Middleton was tapped as a senior political adviser for Cory 2020, the campaign announced Monday.

Another talent with strong South Carolina ties, Jalisa Washington-Price, who recently left a top post at the Democratic Congressional Campaign Committee, is still being lobbied by several campaigns.

A similar hunt is brewing in Iowa, where presidential hopefuls hope to recreate a winning coalition similar to former President Barack Obama’s that launched him into an upset win in South Carolina. Elizabeth Warren created a vacuum by snapping up much of the elite talent earlier this year. Warren hired operatives from Obama’s successful 2008 Iowa caucus campaign and those responsible for more recent congressional pickups in November’s midterm election. That’s left other campaigns scrapping over whose left. Harris and Booker have named a campaign chair and state director for the Hawkeye State, respectively.

“When I tell you this race is wide open, I’m not trying to be coy — I’m being deadly serious: there are 100 ways this election could go, and right now you don’t see anyone who has put the ground game in place,” said South Carolina Democratic Party Chairman Trav Robertson in a telephone interview Friday evening. “There’s not anyone who has that front-runner status in South Carolina right now.”

Robertson noted that for the first time—at least for as long as he’s been alive—the state will have two well-funded, well-organized black candidates competing for the Democratic nomination.

“What that means is that they are going to be campaigning to the African-American community — not taking it for granted,” Robertson said. “And then when you’ve got a state where 54.5% to 55.5% of the electorate are women—this will potentially be the first primary where women will have a choice between two, or as many as four, female candidates for the President of the United States. That makes this a completely transformative election cycle, specifically in South Carolina.”

If Biden jumps into the race, “there are going to be a lot of people who look at him positively — white and African-American voters — based on his relationship with President Obama,” Robertson said, noting that many South Carolinians remember the eulogy that Biden gave at the funeral of the late South Carolina Sen. Strom Thurmond, as well as a his close relationship with Fritz Hollings, a former US senator and governor for the state.

“It could potentially give (Biden) a favorite son type status,” he said.

All of the candidates will want to have their operations up and running before Clyburn’s famous fish fry on May 10, a must-attend event that will be held, per tradition, on the same night as the Blue Palmetto Dinner and the same weekend as the Democratic State Party Convention.

Harris and Booker, the first two black candidates to enter the 2020 field, both visited South Carolina in January, marking their second visits since October.

The New Jersey lawmaker is set to return to South Carolina on February 10-11, on his first official trip since announcing his candidacy on Friday. He’ll come straight from a swing in Iowa.

Booker, along with 2016 presidential candidate Bernie Sanders, spoke in the capital city of Columbia on Martin Luther King Jr. Day at the annual King Day at the Dome celebration.

Two days before her official launch in her birthplace of Oakland, Harris flew to South Carolina to attend the Pink Ice Gala, a fundraiser for Alpha Kappa Alpha Sorority, Incorporated. As a fellow AKA, it was a savvy political move that set a marker for the early play Harris is making to consolidate the vote of black women, who are the Democratic Party’s most reliable voters.

“It’s Kamala’s race to lose. Black women voters are the key here. Kamala has these continuous connections, she’s doing the work necessary,” said Bakari Sellers, the state’s youngest-ever lawmaker and a CNN political commentator. “I don’t have much fear of Kamala losing the race, I think that it’s Kamala, Joe and Cory third.”

During a visit to the Lowcountry last October to campaign for down-ballot Democrats, Biden told voters that South Carolina would be a key part of the “battle for America’s soul” at a time when Donald Trump is in the White House. Biden, who has vacationed several times at Kiawah Island, is expected to make his decision in the coming weeks.

State Sen. Dick Harpootlian, who hosted a fundraiser for his own state Senate campaign with Biden in his Columbia home in October, said many of his friends are waiting to see what Biden will do.

“He’s sort of iced out a lot of folks that would go to Booker, Harris or anybody else that’s running,” said Harpootlian, a longtime friend of Biden and former state party chair who has joked that Biden is the state’s third senator.

The assiduous courting of talent is no surprise in a state where the black vote delivered a lopsided win for former President Barack Obama in 2008 primaries, and tendered a similar victory for Hillary Clinton eight years later.

Clay Middleton, Booker’s newest senior political adviser and veteran political organizer who served as the South Carolina state director for Hillary Clinton’s 2016 run, told CNN that he thinks it’s too early in the game for lawmakers and Democratic officials to be making endorsements, especially before the campaigns have made true inroads in the state.

“Unless there are individuals in the state that have deeply rooted relationships with a particular candidate, I do not see there being a wave of endorsements this early. You’ve got to organize first,” Middleton told CNN.

PHOTO: Elijah Nouvelage/Reuters
U.S. Senator Kamala Harris launches her campaign for President of the United States at a rally at Frank H. Ogawa Plaza in her hometown of Oakland, California, U.S., January 27, 2019. REUTERS/Elijah Nouvelage TPX IMAGES OF THE DAY

Related Article Race in the race: What Kamala Harris' identity brings to 2020

A top talent from the state, Jalisa Washington-Price, recently left her position at chief of staff at the DCCC after just two months – signaling that the former political director for Hillary Clinton’s South Carolina efforts is gearing up to take on a top role with a 2020 candidate.

Several sources have said Washington-Price is leaning toward joining the Harris campaign, but is still negotiating while staying in close touch with the other campaigns.

A founding chair of the SCDP Black Women’s Caucus Chair and the former executive director of the state party, Spain says she didn’t become the former political outreach director for the Bernie Sanders South Carolina primary campaign until September 2015. (Clinton’s staff was on the ground in April of that same year).

“There are so many candidates this cycle. Last cycle, people thought Hillary was a foregone conclusion, so they were going through the motions with her,” Spain told CNN. “Now it’s anybody’s game. You want to reach voters early and often, so the earlier you can build operations in some of these states, the better.”

Some operatives who wanted to see Biden run in 2016 have already joined other teams. Tyler Jones, who was a top strategist for Rep. Joe Cunningham’s 2018 campaign and helped him flip a red district that hadn’t gone blue in 40 years, was the state director for Draft Biden in 2016.

This year, Jones has signed on as state director for Draft Beto, which is trying to build support for a potential 2020 run by Beto O’Rourke.

The top Democrats in the state, especially those with presidential campaign experience, are also fielding lots of phone calls, including from the candidates themselves, to win them over.

“If I had to rate who’s done the most, I’d say Kamala,” Rutherford said. “Since before (Harris) announced, she has definitely been making phone calls and drumming up support. That is not just with elected officials, but with anybody that’s viewed as being important in the Democratic Party for the primary.”

Related Article Kamala Harris' secret weapon: The sisters of AKA

The contenders and would-be candidates are also looking beyond South Carolina’s borders for influence in the South. Both Booker and Harris recently held private meetings with Stacey Abrams, the former Georgia gubernatorial candidate.

All of the campaigns have also been courting Louisiana Congressman Cedric Richmond, an influential black lawmaker with close ties to Clyburn who recently appeared with Booker during a visit to New Orleans.

“I’m definitely planning on being involved in the race, I just haven’t made a firm commitment of who I’m going to be with,” Richmond told CNN in an interview.

“Biden and I are very close friends. He’s always been there; he’s consistent; we know he knows how to do the job,” Richmond told CNN in an interview. “I’m very confident that he could beat Trump if he got the nomination. Those are the things that are most important to me, and his policies and his experience.”

Elizabeth Warren and Sanders are also making their own plays for South Carolina voters. Sen. Kirsten Gillibrand is planning a trip to South Carolina in the second week of February to meet voters and local leaders.