Ellen Page condemns Pence for his stance on gay marriage

In an emotional interview on “The Late Show Stephen Colbert” Thursday night, the “Juno” actress told Colbert that it was hard to not be “fired up,” given the president and vice president’s outlook on LGBTQ issues.

“The Vice President of America wishes I didn’t have the love with my wife. He wanted to ban that in Indiana,” Page said.

Page, who identifies as gay, spoke of her wife of one year.

She suggested Pence’s beliefs and rhetoric contribute to the prejudice and violence many LGBTQ individuals face.

Page cited the reported attack against “Empire” actor Jussie Smollett, who told police he was attacked by two men this week while they called him racist and homophobic slurs.

“This needs to f***ing stop,” Page concluded as she choked up. She was met with a large applause from the audience. 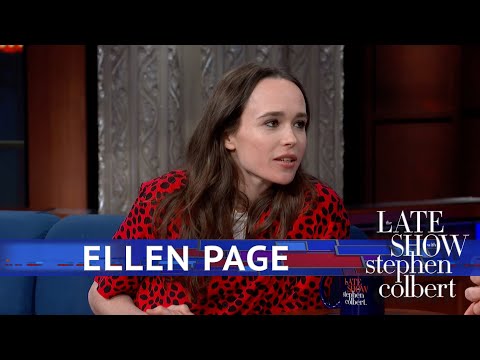 CNN has reached out to the vice president’s office for comment on Page’s statements, but has not heard back.

Pence is a conservative Christian, and while Governor of Indiana he signed the Religious Freedom Restoration Act. Critics of the law contend it could be used by individuals and businesses to discriminate – particularly against the community of lesbian, gay, bisexual and transgender individuals – on the basis of religion.

His wife, Second Lady Karen Pence, recently came under fire for accepting a job as an art teacher at a private Christian school that bars LGBTQ students and employees.

At the time, Kara Brooks, Pence’s communications director, said the attention paid to the school’s agreement is “absurd.”

“Mrs. Pence has returned to the school where she previously taught for 12 years. It’s absurd that her decision to teach art to children at a Christian school, and the school’s religious beliefs, are under attack,” Brooks said in a statement to CNN. She did not answer when asked by CNN if Pence agreed with the policy.