There’s simply no other way to interpret this tweet sent at 11:12 p.m. Eastern time Wednesday night:

“As the Shutdown was going on, Nancy Pelosi asked me to give the State of the Union Address. I agreed. She then changed her mind because of the Shutdown, suggesting a later date. This is her prerogative - I will do the Address when the Shutdown is over.”

That concession came after a day in which Trump tried to force House Speaker Nancy Pelosi’s hand, sending her a letter in which he insisted he planned to deliver his State of the Union speech from the House floor – and dared her to say “no.”

Which, of course, she promptly did.

“White House officials had believed Pelosi wanted only to postpone Trump’s State of the Union for political reasons after she sent a letter to him last week asking him to delay the address until after the partial government shutdown ended.”

In short: Trump and his senior aides thought Pelosi would cave, that she wouldn’t endanger the tradition of the State of the Union simply because she disagreed with his demands for $5.7 billion for a border wall – a demand that sits at the heart of the government shutdown. They thought that Pelosi, an institutionalist, would break when faced with the prospect of a president demanding time to give the country its annual report card.

And on that, they were wrong. Because Pelosi had long ago concluded that the only way to effectively combat Trump is to play the game in the most unorthodox manner possible. Traditional political calculations – and deference – must go out the window, Democrats have long argued privately, when dealing with a president like Trump. The only thing he responds to is raw power plays, and so you need to make clear that you will go well beyond what have been considered the conventional limits of what politicians will – and won’t – do.

This fight over the SOTU is about much more than just when and where Trump gives his speech. This is the first major skirmish in the era of divided government in Trump’s Washington. The fight was widely – and rightly – regarded as a test case for how Democrats could/should deal with Trump for the next two years. Should they fight to a point and then concede in the interest of the body politic? Or should they fight and fight and fight – refusing to concede no matter what rhetorical attacks he leveled at them?

Pelosi chose the latter option. And she won. 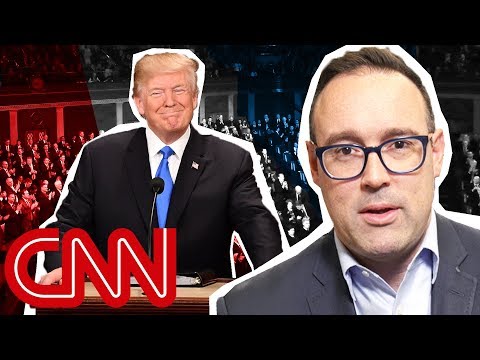 The implications for the ongoing fight over the government shutdown and for the approach of the growing number of Democrats hoping to challenge Trump in 2020 are considerable.

Pelosi’s refusal to budge on the timing and location of the State of the Union sends a very clear message to Trump that he should not expect her to move off her position that the government needs to reopen before any conversations about border security and wall funding happen. She is not going to give in simply because we are in a record-setting shutdown or even because federal workers are about to miss their second paycheck of the shutdown tomorrow. She’s not looking for an off-ramp to placate a constituency or to bow to the establishment gods. She is going to push this all the way until she gets what she wants.

That “no retreat, no surrender” approach – and the fact it worked for Pelosi in the SOTU scrap – is a lesson that 2020 Democrats will take to heart, too. When faced with an opponent who simply would not turn the wheel to avoid a collision, Trump turned his wheel. Which means he might do it again if faced with a similar situation.

Trump has rarely backed down from a fight. It’s not, supposedly, part of his DNA. But make no mistake: He walked away from this one. Which matters both in the near-term and in Democrats’ longer-term efforts to unseat him in November 2020.