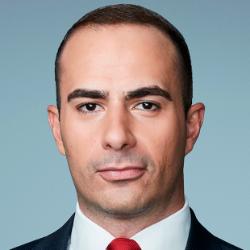 President Donald Trump on Wednesday announced that he is recognizing Venezuelan opposition leader Juan Guaido as the legitimate president of Venezuela.

“In its role as the only legitimate branch of government duly elected by the Venezuelan people, the National Assembly invoked the country’s constitution to declare Nicolas Maduro illegitimate, and the office of the presidency therefore vacant. The people of Venezuela have courageously spoken out against Maduro and his regime and demanded freedom and the rule of law,” Trump said in a statement recognizing Guaido as interim president of Venezuela.

Trump also urged other governments to recognize Guaido, adding that he “will continue to use the full weight of United States economic and diplomatic power to press for the restoration of Venezuelan democracy.”

Trump continued by saying his administration will “continue to hold the illegitimate Maduro regime directly responsible for any threats it may pose to the safety of the Venezuelan people.”

The move comes nearly two weeks after Maduro was inaugurated for a second term that the US, dozens of other countries and the Venezuelan opposition have decried as illegitimate. Since then, Trump had mulled recognizing Guaido – the president of the National Assembly – as the country’s legitimate president, and top Trump administration officials gradually ratcheted up their public statements, laying the groundwork for this step.

Those deliberations came to a head this week as Venezuelans took to the streets in nationwide protests on Wednesday and with increased speculation that Guaido would formally swear himself in as the country’s President, citing a provision in the country’s constitution.

The White House is closely monitoring the protests and Maduro’s response. On Tuesday, Vice President Mike Pence issued a message of support to Venezuelans planning to take to the streets, saying they had the “unwavering support of the United States.”

Wednesday night, Secretary of State Mike Pompeo released a statement that said in part: “The United States stands with interim President Juan Guaido, the democratically elected National Assembly, and the people of Venezuela as they peacefully restore constitutional order to their country. … The United States maintains diplomatic relations with Venezuela and will conduct our relations with Venezuela through the government of interim President Guaido, who has invited our mission to remain in Venezuela. … We call on the Venezuelan military and security forces to continue protecting the welfare and well-being of all Venezuelan citizens, as well as US and other foreign citizens in Venezuela.”

Depending on the severity of Maduro’s response, Trump is also prepared to take a range of actions to punish Maduro, including possible oil sanctions, two sources familiar with White House deliberations said. White House press secretary Sarah Sanders did not immediately respond to a request for comment.

CNN previously reported that Trump was considering recognizing Guaido as the legitimate president of Venezuela and that the White House was mulling oil sanctions.

Asked if the administration would add Venezuela to the list of state sponsors of terror, as several lawmakers have requested, a National Security Council official referred to a previous statement from NSC spokesman Garrett Marquis in which he said the US was “currently considering all diplomatic, political, and economic tools in its arsenal in response to the usurpation of power by the illegitimate Maduro regime.”

“We encouraged the President today to follow through with what he’s already declared, which is that Maduro is illegitimate. The next logical step is to recognize the president of the National Assembly as the rightful president,” Rubio told reporters after leaving the White House.

The White House apparently did not invite any Democrats to Tuesday’s meeting.

“The administration is by no means trying to make these efforts bipartisan, even if we are the lead on the issue,” said Juan Pachon, a spokesperson for Sen. Bob Menendez, the top Democrat on the Senate Foreign Relations Committee, who has condemned Maduro’s regime.

This month, Menendez introduced legislation alongside Diaz-Balart that would give Venezuelan nationals in the US temporary protected status.

Correction: This story has been updated to correctly attribute Wednesday night’s administration statement to Secretary of State Mike Pompeo.