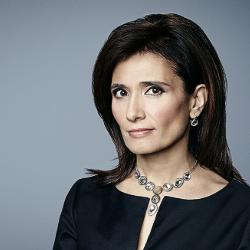 The United States will soon make a formal request for the extradition of Huawei’s chief financial officer, marking the next step in a case that has set off a geopolitical storm.

The US Department of Justice said in a statement Tuesday that it will meet a deadline next week to file the request with Canadian authorities.

The arrest of the Chinese executive, Meng Wanzhou, in Vancouver last month has strained relations between Canada, the United States and China. It has also raised questions about how far the US government may go in its efforts to clamp down on Huawei, a top Chinese tech company that it regards as a national security threat.

China’s Ministry of Foreign Affairs on Monday reiterated its request for Meng to be released, claiming the United States and Canada had abused their extradition treaty.

Related Article Huawei executive: Tech is the biggest loser in the trade war

Ministry spokeswoman Hua Chunying told reporters at a regular briefing that Canada “made a serious mistake at the beginning” and Meng’s case is not a “regular judicial case.”

“We also urge the US to correct their mistakes and withdraw the arrest warrant for Meng Wanzhou,” Hua said.

Meng, the daughter of Huawei’s founder, was arrested by Canadian authorities acting on behalf of the United States. The US government alleges that she helped Huawei dodge US sanctions on Iran.

Meng and Huawei have denied any wrongdoing.

A spokesperson from Canada’s Justice Ministry said Monday that it hasn’t yet received the full extradition request from the United States. The deadline for filing the formal request is January 30 and a court hearing has been scheduled for February 6.

“We greatly appreciate Canada’s continuing support in our mutual efforts to enforce the rule of law,” US Department of Justice spokesman Marc Raimondi said Tuesday.

The US statement followed comments Monday about Meng’s case by David MacNaughton, the Canadian Ambassador to the United States.

He stressed that despite pressure from China, the Canadian government is following national laws and international obligations. “I have not ever asked the Americans to withdraw their request,” he told CNN.

PHOTO: Lintao Zhang/Getty Images
BEIJING, CHINA - DECEMBER 04: China and Canada flag is displayed in front of the Forbidden City on December 4, 2017 in Beijing, China. At the invitation of Premier Li Keqiang of the State Council of China, Prime Minister of Canada, Justin Trudeau will pay an official visit to China from Dec 3 to 7. (Photo by Lintao Zhang/Getty Images)

US President Donald Trump complicated the situation last month by suggesting he may intervene in the legal saga if it would help his pursuit of a trade deal with China. That helped fuel the widely held view in China that Meng’s arrest was a political move by the Trump administration to gain leverage in the clash between the two countries over trade and technology rather than a law enforcement matter.

MacNaughton said he has “sought clarification that this is a legal matter and not a chip in a trade dispute.”

“There are Canadians being detained and one sentenced to death,” he added. “This is serious stuff.”

Since Meng’s arrest, China has detained two Canadians on suspicion of “activities that endangered China’s national security.” Last week, another Canadian was sentenced to death after a Chinese court convicted him of drug smuggling, prompting Canada to issue a travel warning to its citizens over “the risk of arbitrary enforcement of local laws” in China.

MacNaughton first made remarks about the case Monday in an interview with Canadian newspaper The Globe and Mail.