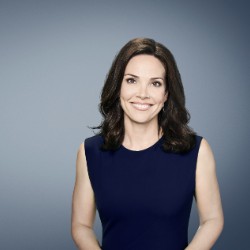 On Tuesday, the college responded for the first time to a federal complaint filed in November against the Ivy League school by seven current and former graduate students who allege three professors created a toxic environment where female students were routinely subjected to sexual harassment and even rape.

PHOTO: Charles Krupa/AP
FILE - In this May 22, 2018 file photo, pedestrians pass the Baker-Berry Library at Dartmouth College in Hanover, N.H. Six women have filed a lawsuit against Dartmouth College for allegedly allowing three professors to create a culture in their department that encouraged drunken parties and subjected female graduate students to harassment, groping and sexual assault. There is growing anger among Dartmouth College alumni following allegations in the lawsuit that three professors harassed and abused female students in their department for years without being sanctioned. (AP Photo/Charles Krupa, File)

The suit also accuses the New Hampshire institution of failing to create an environment free from gender-based discrimination, in violation of Title IX.

Tenured professors Todd Heatherton, William Kelley, and Paul Whalen are accused of turning the school’s Department of Psychological and Brain Sciences into a “21st Century Animal House,” treating women as sex objects, groping and also coercing them into drinking, according to the complaint.

All three professors left Dartmouth and are no longer allowed on campus. One of them retired and the other two resigned after the college’s lengthy investigation, the college said in a statement.

Kelley and Whalen have not responded to CNN’s requests for comment. In a statement through his lawyer in November, Heatherton categorically denied “playing any role in creating a toxic environment at Dartmouth College,” and said he was disturbed by the allegations. None of the plaintiffs were his graduate students, the statement adds.

In the 85-page court filing, Dartmouth says school officials were not aware of the misconduct until April 2017 when “several students asked for a meeting with the Chair of the Department and the Department’s Director of Graduate Studies.”

The women, who are suing Dartmouth’s trustees for $70 million in damages, allege the misconduct took place between 2014 and 2017 and Dartmouth knew about the professors’ behavior for more than 16 years and did nothing, the lawsuit says.

“Contrary to the allegations in the lawsuit, upon learning of the students’ concerns, Dartmouth promptly conducted a rigorous and objective review consisting of separate investigations of each of the former faculty members, led by an experienced external investigator who interviewed more than 50 witnesses and reviewed extensive documentation,” the college said in a statement Tuesday night.

Dartmouth added that “prompt action” was taken related to isolated allegations by the women that occurred as early as 2002.

“The College had no reason to believe, based on these few isolated (and old) incidents, that the serious misconduct alleged by Plaintiffs might occur years later. Dartmouth strongly denies that it “did nothing and ignored” complaints, or that it “ratif[ied] … violent and criminal acts of its professors,” the school said in the filing.

An attorney for the women, Deborah Marcuse, said she did not agree with Dartmouth’s response.

“Even now, faced with the reality of a toxic environment Dartmouth fostered for multiple generations of female students, Dartmouth considers itself blameless,” Marcuse said in a statement. “A jury will certainly take a different view.”

Earlier this month, Dartmouth announced a new initiative to combat sexual harassment and abuses of power on campus.

The program, called Campus Climate and Culture Initiative, will expand the school’s Title IX office, which is responsible for reviewing reports of sexual misconduct and conducting investigations. The school also pledged to increase mental health resources at Dartmouth and said that an outside expert who specializes in creating “inclusive communities” will review academic departments.

Dartmouth also announced Monday it would require all 6,600 members of its community to complete a mandatory Title IX sexual violence prevention course online.

The lawsuit and the school’s response to the allegations come as American universities grapple with how to handle allegations of campus sexual misconduct and their obligations under Title IX, the federal law that bars discrimination based on sex, including harassment, in federally funded education programs and activities.

The Department of Education in November proposed new rules for dealing with sexual harassment and assault on college campuses that would bolster the rights of those accused of wrongdoing.