Sometimes the best power moves in politics are conveyed in the most mundane language.

“Sadly, given the security concerns and unless government re-opens this week, I suggest we work together to determine another suitable date after government has re-opened for this address or for you to consider delivering your State of the Union address in writing to the Congress on January 29,” wrote Speaker Nancy Pelosi to President Donald Trump on Wednesday.

Make no mistake: Pelosi’s decision to disinvite Trump from delivering his “State of the Union” address to Congress is a total power play designed to remind Trump that a) Congress is a co-equal branch of government and b) his willingness to keep the government shuttered until he gets money for a border wall is going to have impacts on him, too.

Just in case you missed that message, Pelosi delivered it again in an interview with CNN’s Ashley Killough. “This is a housekeeping matter in the Congress of the United States, so we can honor the responsibility of the invitation we extended to the President,” said Pelosi. “He can make it from the Oval Office if he wants.”

“He can make it from the Oval Office if he wants(!)”

What Pelosi is saying there is, essentially, this: Look, Trump can give a speech if he wants. But we are not giving him the platform of a bipartisan session of Congress to do it unless and until he reopens the government. (House Majority Leader Steny Hoyer of Maryland went a step further in an interview with CNN’s Kate Bolduan Wednesday afternoon, declaring that “the State of the Union is off.”)

WASHINGTON, DC - JANUARY 10: Hundreds of federal workers and contractors rally against the partial federal government shutdown outside the headquarters of the AFL-CIO January 10, 2019 in Washington, DC. As the second-longest government shut down continues, Democrats and Republicans have not found a compromise for border security funding and President Donald Trump's proposed wall on the U.S.-Mexico border. (Photo by Chip Somodevilla/Getty Images)
Chip Somodevilla/Getty Images

And from a logistical standpoint, Pelosi is well within her rights to rescind the invitation. As CNN’s Phil Mattingly and Ted Barrett explain:

“Keep in mind, in order to green light the State of the Union, both the House and the Senate have to pass resolutions. Neither have done so yet — and Pelosi controls whether the House passes one at all.”

It’s in keeping with her repeated and pointed emphasis – in public and private – that the new Democratic majority in the House stands on equal footing with Trump, and will remind him of that fact whenever she/they deem it necessary.

In her initial letter inviting Trump to deliver the “State of the Union” on January 29, Pelosi made sure to note: “The Constitution established the legislative, executive and judicial branches as co-equal branches of government, to be a check and balance on each other.” And, when asked by The New York Times earlier this month whether she considered herself to be Trump’s equal, Pelosi responded: “The Constitution does.” 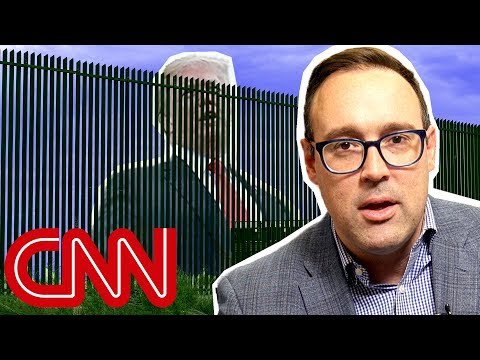 Pelosi’s latest effort to assert the power of the House – and her party – over Trump will play extremely well with her base who wants maximum confrontation with and embarrassment of Trump.

There’s an argument to be made, however, that it could backfire on Pelosi – and in the process hand Trump a much-needed foothold in a debate he is very much losing at the moment.

Donald Trump Jr., in an interview with the conservative Daily Caller website, gave a preview of what the argument coming out of the White House might sound like when he said this Wednesday:

“Speaker Pelosi is clearly attempting to block my father from giving his State of the Union speech, not because 20% of the government is shut down, but because she is terrified of him having another opportunity to speak directly to the American people about her party’s obstruction, unfiltered and without her friends in the media running interference for her.”

Pelosi – and Democrats – will, of course, scoff at that logic. They will note that Kirstjen Nielsen, the secretary of the Department of Homeland Security, was the one who designated the SOTU speech as a special security event. And that it is Trump who continues to demand $5 billion for his border wall – keeping the government closed until he gets it. And that Pelosi is doing what she feels is the best course to keep everyone safe under the current circumstances.

But the question is whether voters who may not like Trump but who just want the government to reopen and politicians to get back to working for the people who voted them into office will see Pelosi’s move to effectively cancel the State of the Union as an unnecessary provocation. And whether Trump, who is desperately in search of a life preserver in this whole mess, can seize on Pelosi’s decision as evidence that the left is trying to silence him.

My guess is he’s going to try like hell to make that case.