New York Democratic Rep. Alexandria Ocasio-Cortez is a talented, charismatic young politician who has struck the political world with a force and impact rarely seen among even those who have been at it for a much longer time. That said, she is very new to all of this – she had never run for anything before she beat Rep. Joe Crowley in a primary last summer – and she makes beginner’s mistakes.

She made a big one during a sit-down with Anderson Cooper that aired on “60 Minutes” on Sunday. Here’s the exchange:

Cooper: One of the criticisms of you is that— that your math is fuzzy. The Washington Post recently awarded you four Pinocchios—

Cooper: —for misstating some statistics about Pentagon spending?

Ocasio-Cortez: If people want to really blow up one figure here or one word there, I would argue that they’re missing the forest for the trees. I think that there’s a lot of people more concerned about being precisely, factually, and semantically correct than about being morally right.

Cooper: But being factually correct is important—

Let’s start with some context. At issue is a December tweet in which Ocasio-Cortez said that $21 trillion in the Pentagon’s financial transactions “could not be traced, documented, or explained” – and noted that such an amount of money could cover two-thirds of the total cost of Medicare for All.

But as The Washington Post’s Fact Checker noted, the $21 trillion claim was quite, well, fuzzy. “It’s unconvincing to try to pass this off as a rhetorical point being misread,” wrote the Fact-Checker in awarding Ocasio-Cortez four Pinocchios. “She cited the $21 trillion figure and said ’66% of Medicare for All could have been funded already by the Pentagon.’ That’s a direct comparison. It’s badly flawed.”

Which, OK. We all make mistakes. Ocasio-Cortez likely skimmed the study from which the $21 trillion figure comes and saw it as a way to make a broader point about how our government is totally fine spending trillions of dollars – much of which is not well accounted for – on defense, but blanches at the cost of creating a national insurance program to cover all Americans.

But Ocasio-Cortez’s explanation of why she said what she said – and why she wasn’t really wrong – misses the mark. Again…

“If people want to really blow up one figure here or one word there, I would argue that they’re missing the forest for the trees,” she said to Cooper. “I think that there’s a lot of people more concerned about being precisely, factually, and semantically correct than about being morally right.”

Here’s the thing: Being factually accurate and morally right isn’t an either/or situation. You can do both!

And as it relates to the broader point Ocasio-Cortez is raising, which is, essentially, you know what I meant, so stop obsessing over a single data point, I would respond this way: Would she – or any Democrat – say the same about the White House’s made-up fact that upwards of 4,000 known or suspected terrorists have attempted to enter the US illegally through the southern border?

As Fox News Sunday’s Chris Wallace pointed out to White House press secretary Sarah Sanders, those people have been apprehended at airports, not the southern border. “The State Department says there hasn’t been any terrorists found coming across the southern border,” said Wallace.

Sanders’ response – “It’s by air it’s by land it’s by sea, it’s all of the above” – employs, essentially, the same logic Ocasio-Cortez is using: My specific fact may be wrong, but the broader point I was making still holds.

The problem with that thinking is that it says that the underlying facts don’t matter as long as the bigger-picture argument still coheres. Which is a very dangerous, slippery slope to tread at any time but especially in an age in which the President of the United States is actively seeking to undermine the idea that objective facts actually exist.

Fudging the facts in pursuit of “being morally right” – as Ocasio-Cortez puts it – assumes that moral righteousness is an agreed-upon thing. As Trump’s decisions to institute a travel ban or build a wall around the country show, it’s not.

Ocasio-Cortez is new to all of this, yes. But the high profile she already enjoys carries with it some responsibility. Namely, to get the facts right. And when you get them wrong, to correct it as quickly as possible rather than trying to justify the error.

Is Alexandria Ocasio-Cortez really a socialist? | With Chris Cillizza 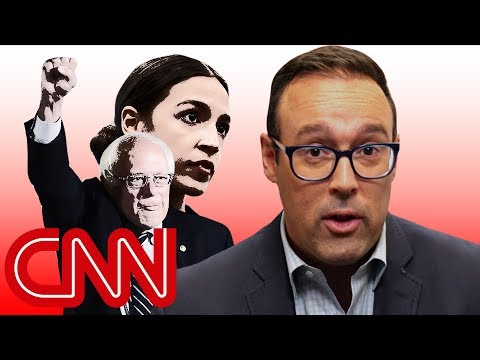