By Euan McKirdy, CNN
Updated 6:13 AM EST, Thu January 3, 2019
Ad Feedback
Planet Labs, Inc
Satellite image of the Anak Krakatau volcano off the coast of Indonesia, as it erupted.
CNN —

New satellite images show the extent of the changes caused by the collapse of the Indonesian volcano which caused a tsunami in late December last year.

Photos taken by Planet Labs satellites show the Anak Krakatau volcano both before and after the December 22 eruption, which caused a 64-hectare (158-acre) chunk of the volcano’s cone to slide into the ocean. 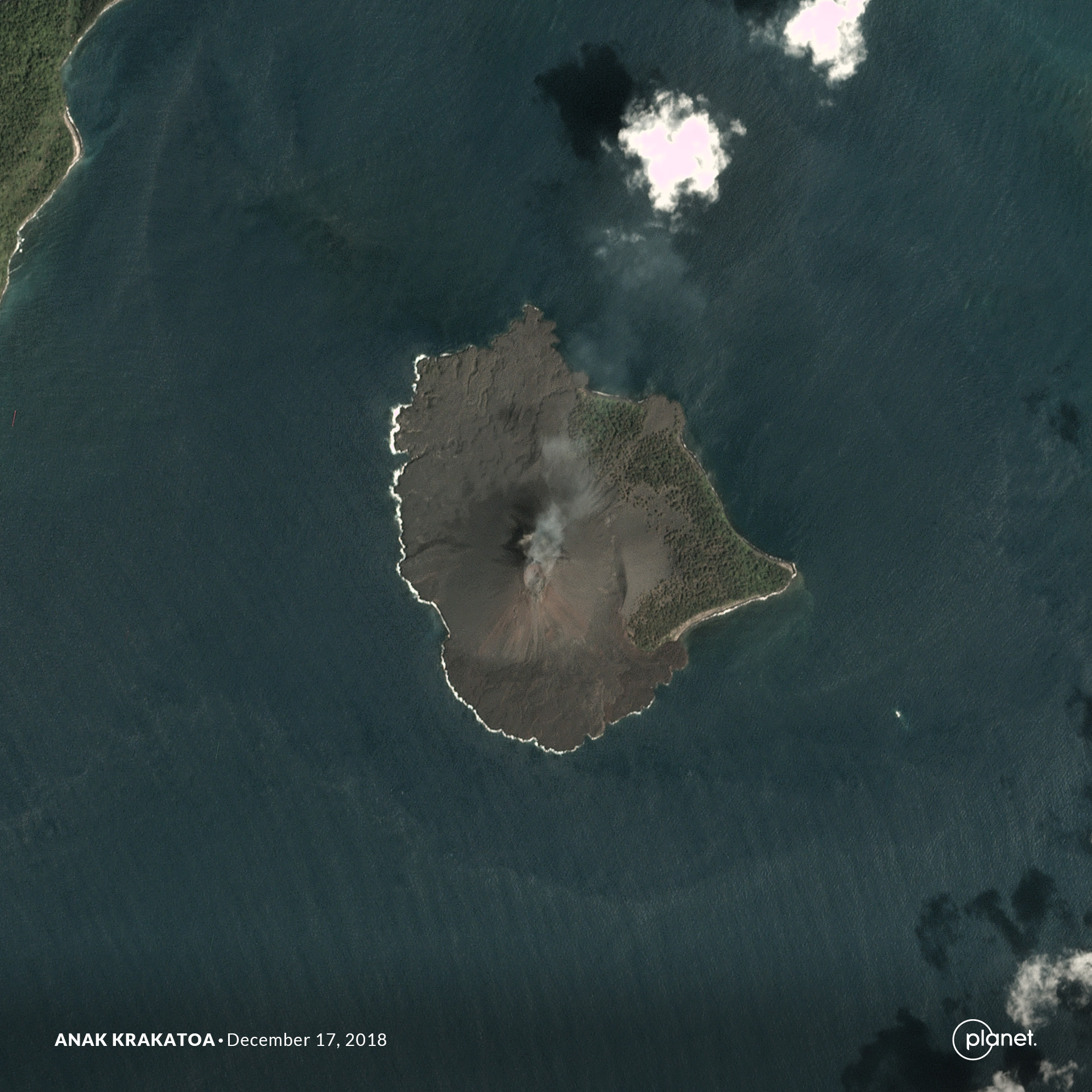 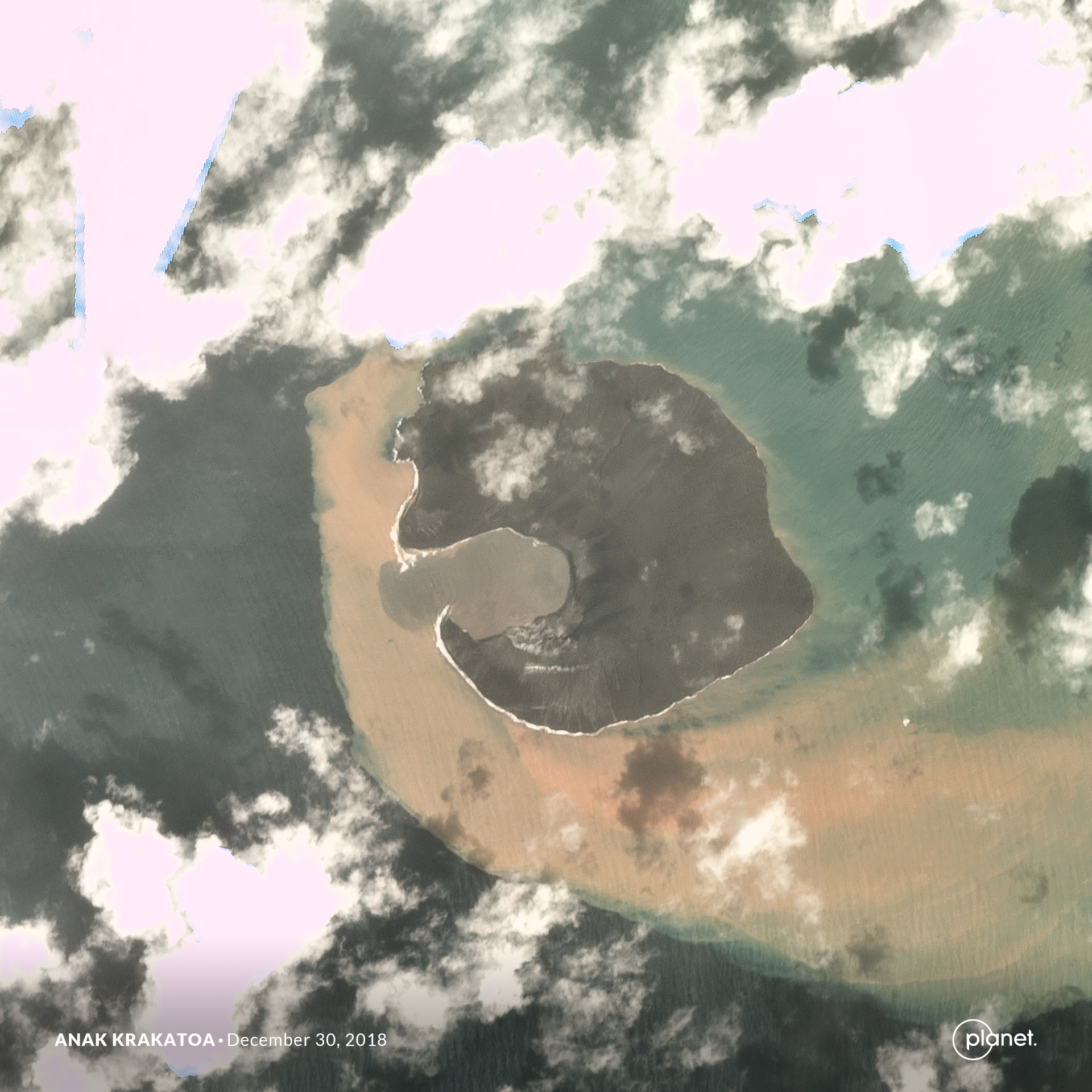 A composite image showing the Anak Krakatau volcano before and after the collapse that caused the December 22, 2018 tsunami

Its volume is now 40 million to 70 million cubic meters (1.4 billion to 2.5 billion cubic feet), Indonesia’s Center of Volcanology and Geological Hazard Mitigation said in a report.

NURUL HIDAYAT/AFP/Getty Images
TOPSHOT - This aerial picture taken on December 23, 2018 by Bisnis Indonesia shows the Anak (Child) Krakatoa volcano erupting in the Sunda Straits off the coast of southern Sumatra and the western tip of Java. - The death toll from the December 22 volcano-triggered tsunami in Indonesia has risen to 281, with more than 1,000 people injured, the national disaster agency said on December 24, as the desperate search for survivors ramped up. (Photo by Nurul HIDAYAT / BISNIS INDONESIA / AFP) (Photo credit should read NURUL HIDAYAT/AFP/Getty Images)

Indonesian volcano that triggered tsunami loses two-thirds of its height

The volcano, which is located around 50 kilometers west of the Indonesian province of Java, lost two-thirds of its height following the eruption and subsequent collapse, according to the Center’s report.

The eruption came at high tide during a full moon, with the Sunda Strait, which runs between Java and Sumatra, also having a spell of high rainfall, government and rescue agencies said.

These factors led to a wave 3 meters (10 feet) high crashing through the Strait, sweeping beachfront homes and hotels away and killing at least 426 people, according to Indonesian authorities, who had slightly revised down an earlier figure of 430 casualties.

Indonesian authorities have been roundly criticized for the state of the country’s tsunami detection and warning system, which has been largely out of action since at least 2012.