On the track, Obama recites a passage from George Washington’s farewell address.

Related: What ‘Hamilton’ teaches us about standing up for your beliefs

“Though, in reviewing the incidents of my administration, I am unconscious of intentional error, I am nevertheless too sensible of my defects not to think it probable that I may have committed many errors,” Obama is heard saying. “I shall also carry with me the hope that my country will view them with indulgence and that after 45 years of my life dedicated to its service with an upright zeal, the faults of incompetent abilities will be consigned to oblivion, as I myself must soon be to the mansions of rest.” 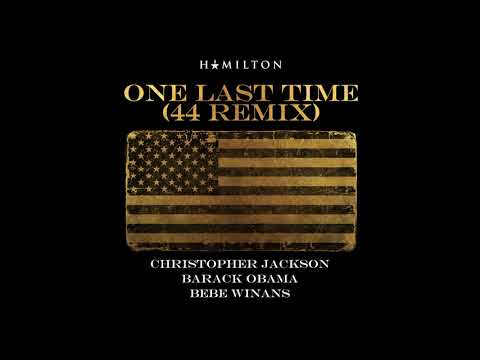 “I anticipate with pleasing expectation that retreat in which I promise myself to realize, without alloy, the sweet enjoyment of partaking, in the midst of my fellow-citizens, the benign influence of good laws under a free government, the ever-favorite object of my heart, and the happy reward, as I trust, of our mutual cares, labors, and dangers,” Obama says.

The former President was an early endorser of Miranda and his hit musical. The show’s cast performed at the White House in 2016.