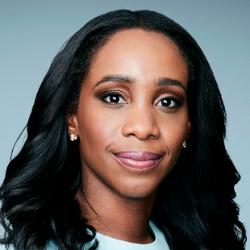 White House press secretary Sarah Sanders suggested Tuesday that the White House has found an alternative way to get its requested $5 billion in funding for a US-Mexico border wall, marking a reversal from President Donald Trump’s previous position.

While Democratic leaders immediately rejected the proposal, the comments represented the White House’s most significant steps in recent weeks toward trying to avert a partial government shutdown ahead of a Friday deadline. With Democratic opposition, however, members of Congress on both sides appeared to be instead considering a short-term extension of funding to move the deadline beyond the year-end holiday season into Congress’ new term, which begins January 3.

Earlier Tuesday, Sanders indicated that the White House could support a compromise bill to avoid such a shutdown.

“We have other ways that we can get to that $5 billion (for a border wall),” Sanders said Tuesday morning during an interview with Fox News.

PHOTO: SAUL LOEB/AFP/Getty Images
TOPSHOT - The US Capitol Building is seen at dusk in Washington, DC, February 6, 2018, as lawmakers work to avert a government shutdown later this week. Congressional leaders said Tuesday they were close to a budget deal that would keep the US government open -- despite President Donald Trump calling for a shutdown if he does not get his way on immigration. / AFP PHOTO / SAUL LOEB (Photo credit should read SAUL LOEB/AFP/Getty Images)

“We will work with Congress if they will make sure we get a bill passed that provides not just the funding for the wall, but there’s a piece of legislation that’s been pushed around that Democrats actually voted 26-5 out of committee that provides roughly $26 billion for border security including $1.6 billion for the wall,” she said. “That’s something that we would be able to support as a long as we can couple that with other funding resources.”

Last week, Trump told Democratic leaders in a televised meeting he was willing to shut down the government over the border issue.

“I will take the mantle of shutting down, and I’m going to shut it down for border security,” Trump had said.

Senate Minority Leader Chuck Schumer initially offered this as an option to avoid a shutdown, but said last week it wasn’t on the table anymore because it couldn’t pass the House. That was in part because House Democrats are opposed to the $1.6 billion in wall funding.

“I don’t know what the path might be out, but it might be a (short-term funding bill),” she said.

The fund, the full details of which haven’t been publicly released, included just short of $1 billion for the Trump administration to use for its immigration policy priorities. While it prohibited the administration from using any of the funds for wall construction, according to a Republican source, it was viewed by Democrats as an open-ended opportunity for Trump to pursue other priorities the party deeply opposes.

The view from Democrats remains that their offers are on the table and it is up to McConnell and Trump to come back to them with another offer. Opening the door to the Senate DHS appropriations bill is viewed as a positive step, but the addition of the fund was a nonstarter.

Congressional Republicans also appeared to support a short-term extension of funding on Tuesday afternoon. Sen. Richard Shelby of Alabama, chairman of the Appropriations Committee, said he’s “looking toward that” when asked about the short-term solution, but he added that Republicans haven’t reached a final decision.

It’s unclear whether the White House would sign a short-term funding extension, and McConnell told reporters he is consulting the White House “about the way forward” on government funding.

When McConnell was asked if he was sure there would not be a partial government shutdown at the end of this week, the Kentucky Republican replied, “Yes, I’m sure.”

Trump has asked agency heads to identify available funds for border security, Sanders said later Tuesday during her press briefing, suggesting that could provide an option that would avert a partial government shutdown.

But still, Sanders did not commit to any particular plan that would provide funding for government agencies.

“At this point, we’re disappointed in the fact they’ve yet to vote and pass something,” she said of the US Senate. “When they do that, we’ll make a determination whether we’re going to sign that.”

“The President has asked every one of his Cabinet secretaries to look for funding that can be used to protect our borders and give the President the ability to fulfill his constitutional obligation to protect the American people by having a secure border.”

Sanders said the White House continues to look at options and is monitoring the Senate’s moves.

Earlier Tuesday, she said the White House has “been in continuous conversations” with Republicans and Democrats on shutdown negotiations, with talks happening as recently as Tuesday morning. But that appeared at odds with Senate Republicans who on Monday told CNN that they felt in the dark about the White House’s plans to fund the government.

“We’ve been very clear with members of both Republicans and Democrats in the House and the Senate on what we want to see,” Sanders said.