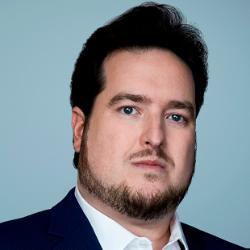 The rights to establish wind farms off the Massachusetts coast sold for a record-setting $405 million total on Friday, according to federal officials.

Potential construction is still at least nearly a decade away, but if the project were completed today, it would be by far the world’s largest offshore wind farm.

The three leases offered for auction by the Bureau of Ocean Energy Management on Thursday fetched $135 million apiece by the time bidding closed on Friday. The previous record for such a lease was $42.5 million, set in 2016 for the rights off New York’s coast.

Numbers from the Interior Department, which oversaw the process, showed the area could become the world’s most prolific offshore source of wind energy. It projected the area could generate up to 4.1 gigawatts, enough electricity to potentially power nearly 1.5 million homes.

Currently, the largest offshore wind farm in the world is what’s known as the “Walney Extension,” off the coast of the United Kingdom. It has a capacity of roughly 700 megawatts, less than one-sixth the maximum capacity the US government is estimating could result from the Massachusetts deal.

That prediction is a best-case scenario, not without its caveats. The 4.1 gigawatt figure comes from a 2016 Energy Department estimate of the potential wind power per square kilometer offshore, Bureau of Ocean Energy Management spokesman Stephen Boutwell said. It has not been adjusted based on the area’s geography and weather patterns, and the 2016 report notes the full “nameplate power capacity is not the best indicator of potential from an energy production or economic perspective.”

Nancy Sopko, director of offshore wind policy and siting for the American Wind Energy Association, said her organization is confident the three new leases would produce a minimum of 800 megawatts each, or 2.4 gigawatts total. That would still make the new Massachusetts wind farms the world’s largest offshore project.

“This is an unprecedented day for offshore energy development,” Sopko said. “It’s smashed every expectation.”

Wind power developers have long had an eye on Massachusetts but have not yet successfully brought a project to fruition. A 2001 proposal for 130 wind turbines off Cape Cod sunk under opposition from the fishing industry and the peninsula’s tony landowners, such as the Kennedys, who feared obstructed views. The developer called it quits on the project in 2017.

In the meantime, the nation’s first offshore wind farm opened near neighboring Rhode Island in 2016. It produces enough electricity to power the entire community of Block Island.

The leases auctioned off this week face a long road to development, Boutwell said. Over the next year, the winning bidders will develop plans to assess the area’s wind using meteorological towers and buoys. They’ll then have five years to conduct the testing, after which they will submit plans to federal officials, who will conduct an environmental review.

Sopko, the wind energy association executive, said the Massachusetts auctions show the desire of large oil and gas companies to get into offshore wind power. She said there are few firms with as much expertise in operating large offshore rigs.

“The marrying of these two industries is going to create a lot of opportunities,” Sopko said.

President Donald Trump, however, has voiced opposition to wind turbines.

“The wind kills all your birds. All your birds, killed,” he said on the campaign trail. “You know, the environmentalists never talk about that.”