She ‘faked it til she made it.’ Now she runs a billion-dollar jewelry business 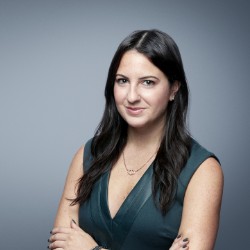 Just 16 years ago, Kendra Scott was stringing beads together out of the spare bedroom of her Texas home. She had $500 and a dream to make more affordable high-quality jewelry.

Now her namesake jewelry line is a billion-dollar brand, with 95 stores across the United States. For the second year in a row, Forbes named Scott one of America’s richest self-made women. She ranks higher than Beyoncé Knowles and Taylor Swift. Her fortune comes from her majority stake in the company, valued by investors at more than $1 billion.

“There were so many ups and downs through this journey. There were many times that I thought I was going to lose my business. I had no investment capital. I was carrying it all on my shoulders. Bootstrapping it literally,” Scott tells CNN’s Poppy Harlow in a recent episode of Boss Files.

Scott did not bring her first investor on until 2013, more than 10 years after starting the company.

“I would have loved an angel to step in maybe around 2008, during the recession. We kind of did what we had to do to survive. We were a very lean team of seven,” Scott says.

That small team of women is still with the company today. Scott calls the group “the super seven.”

Scott’s mother was the first to join the company and is the heart of the super seven. “We call her Mama Janet,” she says. “I shipped my first big order out of my dining room with my mom helping me. We were just trying to make it. We were faking it till we made it.”

Scott remains focused on building a company that helps cultivate women leaders. Of the company’s 2,000 employees, more than 95% are women, working on everything from product design to sales to distribution.

“I think when women join forces, when they hold hands, they’re unstoppable. I can attest to that,” she says. “I’m living in this Utopia at Kendra Scott where we are women-owned, we’re women-operated, but then you go outside of that and you see some of the reality of what’s happening in other corporations, and honestly, it is disappointing.”

The 44-year-old CEO says she is constantly assessing the benefits she offers employees – from salaried C-suite executives to hourly distribution center workers.

“If you can keep and retain wonderful, valuable employees, that’s smart business,” Scott tells Harlow. “I want everyone to know how much they are valued and appreciated. It’s not just about wage at Kendra Scott. It’s about all the other benefits that we’re creating, too.”

Meet the "super seven" -- a small team of women Kendra Scott has been working with since she started the company.

“I look at our company, and I walk in the doors, and I see children in our offices and I see moms being able to have a great career and be there and present for their families,” she says. “That’s what I’m so proud of.”

She’s also made giving back part of her mission. Through Kendra Cares, a program that allows patients and caregivers at pediatric hospitals to design their own jewelry for free. The company has donated more than $4 million to local and national causes, and this year has set a goal of $5 million.

One thing worrying Scott these days are the tariffs being imposed by the Trump administration. Scott’s company acquires gems from places like India and China. She says the company has already started to feel the impact of the tariffs and is most concerned about how they will affect consumers.

Still, Scott is looking for ways to expand her business. All of her stores offer Color Bars, where customers can customize their own jewelry.

“It’s about creating a unique experience. Everything we do is about our customer. All I care about is what she wants,” Scott says.

Related Article Rent the Runway CEO: Giving all employees the same benefits is the 'right thing to do'

But she isn’t planning on taking the company public anytime soon.

“I love being a private company,” Scott tells Harlow. “I don’t ever want to be forced to not do the things I need to do to keep this company moving in the right direction because I need to make a quarterly result.”