Mueller opened the floodgates on Cohen and Manafort 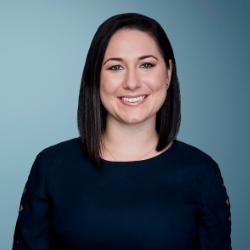 In what has been a slow drip of information on Robert Mueller’s Russia investigation, the spigot opened up today with insight on four key players:

1) Michael Cohen: Southern District of New York investigators today asked the court to impose a “substantial term of imprisonment” for Cohen’s various finance-related crimes – and that Cohen “was motivated … by personal greed, and repeatedly used his power and influence for deceptive ends.”

Why it matters: While prosecutors don’t mince words about Cohen – and stop short of calling him a cooperative witness – they do say he has been helpful in the investigation, providing “relevant and useful information” on contacts with “persons connected to the White House.” Cohen is set to be sentenced next Wednesday.

Why it matters: We found out last week that Mueller’s team accused Manafort of lying, and now we know what they think Manafort was lying about. What Manafort knows has been crucial – he has long been considered the key to several questions central to Mueller’s investigation into Russia and the 2016 campaign. This could now lead to more criminal charges.

3) James Comey: The former FBI chief faced sharp questions in a closed-door, day-long meeting as Republicans sought answers on Mueller’s investigation into Russian interference in the 2016 elections. Comey declined to answer many of them, according to members from both parties.

Why it matters: Comey fought to have this hearing made public: Expect to see a transcript of the interview released in the next 24 hours.

4) John Kelly: Mueller’s investigators interviewed the chief of staff about possible obstruction of justice (Kelly is reportedly leaving the administration in coming days).

Why it matters: Kelly is important because he’s another senior administration official talking to investigators – and also joined the Trump team after the campaign wrapped up. It could mean Muller’s investigation expands beyond the campaign and transition, since most of the other interviews have been with campaign or transition team members.

The Trump report?: Mueller’s report isn’t out yet, but President Donald Trump is already beginning to discredit it. Regardless of what Mueller finds, Trump promised his own report, via tweet Friday morning. “We will be doing a major Counter Report to the Mueller Report. This should never again be allowed to happen to a future President of the United States!”

Trump also filled some key vacancies in his administration, naming William Barr as his next attorney general and Heather Nauert, currently at the State Department, as the next UN ambassador – replacing Nikki Haley.

The would-be 2020 field also came into more focus this week, with Deval Patrick and Michael Avenatti making it official that they won’t run. Meanwhile, Democrats like Joe Biden, Michael Bloomberg, Kamala Harris and more seem to be edging closer to running. And Elizabeth Warren’s candidacy got a bit more complicated, since it’s clear some Democrats still aren’t happy with how she handled questions around her Native American heritage.

The Point: Drip, drip, drip. With these new court filings, Mueller’s investigation just opened up in a big way – and this thing isn’t over yet.

And now, a recap of the week in 21 headlines:

CORRECTION: This story has been corrected to say prosecutors with the Southern District of New York recommended Cohen receive imprisonment.