Who are the ‘yellow vest’ protesters causing chaos in France?

It began as a movement among a few people in lower middle-class rural France protesting a new eco-tax on fuel they felt would push their budgets over the edge.

But as France locks down in preparation for a possible fourth weekend of violent protests, the movement of “gilet jaunes,” named after the yellow high-visibility jackets French motorists must carry in their vehicles, has morphed into a movement of many colors, with extremist groups jumping on the bandwagon.

The demands have also expanded, with even students taking part, calling for changes to the French high school examinations and university entrance procedures.

Also among the protesters are anarchists, elements of the anti-immigration populists and hard-core fascists. There are even groups on social media claiming to be environmental “yellow jackets,” a direct contradiction of the original protesters’ demands to scrap a new eco-tax.

Much of the organizing for the protests has taken place on Facebook. According to the social media company’s own figures, 67% of French people use Facebook, with 22 million people logging on every day.

The protests have been coordinated through groups called “groupes colères,” or “angry groups,” which have amassed hundreds of thousands of members over the course of this year.

The biggest Facebook group is the “Compteur Officiel de Gilets Jaunes” or official yellow jacket count, which boasts 1.7 million members. Another group is the “Carte des Rassemblements,” which means rally or demonstration map, with 300,000 members. A more sinister-sounding group, “Angry Patriots,” has 53,000 members.

The original “yellow vest” was the motor mechanic Ghislain Coutard, 36, from Narbonne in southern France. Nicknamed “vestman” on social media, a video he produced encouraging people to show their opposition to the tax by wearing a yellow jacket quickly went viral, with 5.4 million views.

Another social media “gilet jaune” popular with the media is Jacline Mouraud, 51, a hypnotherapist and accordion player from Brittany.

She is part of a group called the “Free Yellow Vests,” who are calling for demonstrators to stay away from Paris because of what they say is a “trap” set up by the government, which they accuse of pursuing “a strategy of chaos.”

“I don’t see the point in marching on Paris, that is a piece of theater. This is not a game, everyone needs to understand now, everyone needs to realize what we have achieved and the fact we have been given the right to discuss,” she told French newspaper Le Parisien. 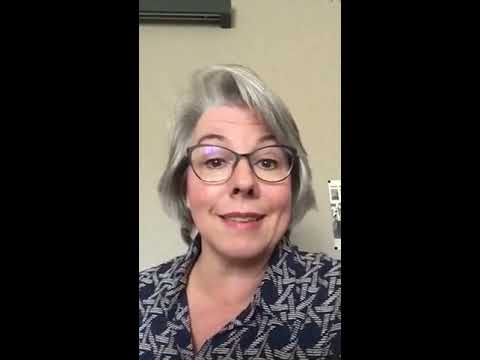 A recent favorite with the media is Jean-François Barnaba, 62, a former director of culture and tourism in Indre, a department in central France, who was removed from his post and placed on extended “gardening leave” on 80% of his salary, 10 years ago.

Barnaba currently receives $2,900 dollars a month, which he says leaves him with just $1,000 a month to support his wife and seven children after all the bills are paid.

According to the AFP news agency, Barnaba wrote and self-published a novel in 2016 and has given more than 30 interviews to French media on behalf of the “yellow vest” movement.

Éric Drouet, 33, a lorry driver from Melun in the south-eastern suburbs of Paris with 47,000 Facebook followers, started a “yellow vest” movement in his local automobile club, the Muster Crew, according to Le Monde newspaper.

He told CNN affiliate BFMTV on Wednesday: “Saturday will be the final goal. Saturday it’s the Elysée (presidential residence). We would all like to go to the Elysée. It will really be Saturday. We are all united to the end and we move on the direction of l’Elysée.”

However, in a Facebook video published later, Drouet damped down the angry tone. “I ask people to come out to demonstrate, not to smash things up,” he said in the video. “I want to go to the Elysée not to break it, but so we get listened to.” French media reported Friday he was now being investigated by the public prosecutor.

An associate of Drouet is Priscillia Ludosky, 33, who runs an online perfume company from the south-east Parisian suburbs. She became another “yellow vest” figurehead after starting an online petition to call for lower fuel prices that collected more than a million signatures.

Ludosky says she is against all political parties, but on Thursday published a political manifesto calling for, among other things, popular referendums, the creation of a people’s assembly, a cut in the salaries of public officials as well as a curb on their expense accounts. A black woman, many of her Facebook followers come from France’s non-white communities.

To the right of the movement is Maxime Nicolle, 31, otherwise known as Fly Rider, whose posts have been viewed by hundreds of thousands of people, according to Le Monde. Sporting a red beard and baseball cap turned backward, he is something of a conspiracy theorist. He is associated with the online blogger and conspiracy theorist Étienne Chouard, who first became known in France 13 years ago when he called for a referendum over the European Union constitution.

Nicolle is credited with spreading fears that Macron is preparing to sign a United Nations agreement to allow 480 million more immigrants into Europe. On a recent Facebook video post, seen below, he was advising people to stock up on food and to secure their homes in case of looting and called on the forces of law and order to defend “the people against the government.”

“I’m definitely not backing down now,” he told CNN Wednesday, following the suspension of the new fuel tax. “The moratorium (on the fuel tax) is useless. The people want a referendum, a referendum on Macron, the senate and the national assembly.”

The concern now, and the reason for the strong police mobilization Saturday, is the hijacking of the “angry groups” by violent political extremists.

“These past three weeks have seen the birth of a monster that has escaped its creators,” Interior Minister Christophe Castaner told a press conference Friday.