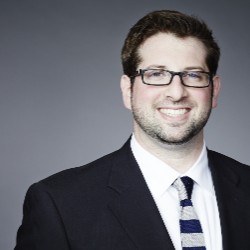 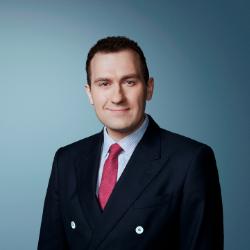 A House Democrat is seeking an emergency hearing Wednesday as investigators in North Carolina probe allegations of election fraud in a congressional race there.

Rep. Gerry Connolly of Virginia, a Democratic member of the House Oversight and Government Reform Committee, said in a statement that “real election fraud is playing out right before us” in North Carolina’s 9th District.

“Votes have been stolen by preying on senior and minority voters, and now a cloud of doubt and suspicion hangs over this election result,” he said.

The call for a congressional probe comes as North Carolina’s elections board and local officials investigate the possibility that a man working for Republican candidate Mark Harris’ campaign – who got 905 more votes than Democrat Dan McCready in the race – used absentee ballots to alter the vote in Bladen County.

Harris’ campaign has denied any knowledge of potentially illegal behavior that took place on his behalf.

Wake County District Attorney Lorrin Freeman – who was asked by Bladen County’s district attorney in January to investigate allegations of fraud from the 2016 election – told CNN on Wednesday that her office and the North Carolina State Bureau of Investigations are probing whether absentee ballots were used to alter the vote in three 9th District elections, including the 2018 primary and general elections.

“Were ballots submitted that maybe were not voted by the person whose name they were submitted under? Were all of the ballots that people voted submitted? Were they appropriately submitted?” Freeman said, outlining the parameters of the investigation.

Investigators are examining whether Leslie McCrae Dowless, a longtime Bladen County operative who worked for a consultant to the Harris campaign, and a group of people loosely connected to him gathered unsealed absentee ballots, marked those ballots for their candidate, sealed them and signed as witnesses. North Carolina requires witnesses to sign absentee ballots. Usually, those witnesses are family members or friends and ballots are not supposed to be handled by a third party.

They are also investigating the possibility that absentee ballots were gathered in areas considered to be supportive of McCready but never turned in.

North Carolina’s State Board of Elections is also investigating, and in the coming weeks will have to determine whether to certify Harris as the winner or take the extraordinary step of ordering another election.

Members of the elections board – which is made up of four Democrats, four Republicans and one nonpartisan appointee – are treading cautiously as the possibility of a new election looms.

“Personally, it’s not a decision I want to take lightly. I want to be cautious,” said Damon Circosta, the nonpartisan board member.

He said he is “confident that all nine of us are taking this seriously,” pointing to the unanimous votes last week not to certify the election’s results.

The Charlotte Observer, the state’s largest newspaper, called for a new election in an editorial Wednesday.

“Voters in the 9th District deserve the confidence that their election was free from fraud. North Carolina statute supports it. The evidence already demands it. The Board of Elections should start the election over,” the newspaper’s editorial board wrote.

The investigation is centered on Dowless, a 62-year-old veteran operative in Bladen County who pleaded guilty to felony insurance fraud in 1992.

Campaign finance records show Dowless has been paid more than $23,000 by six campaigns over the last eight years – and in most of those races, his candidate got a disproportionately large number of absentee votes in his home county.

Dowless was also paid $940 by the Bladen County GOP this year, which they said was for get-out-the-vote efforts.

Dowless has not returned CNN’s requests for comment. He has denied any wrongdoing to The Charlotte Observer.

Dowless has a history of working for candidates who performed much better in absentee ballot results in Bladen County than they did overall.

In 2016, Todd Johnson, a Republican who paid Dowless nearly $6,500 as he opposed Rep. Robert Pittenger in a primary, won 221 of the 226 absentee ballots cast in the district – even as Johnson finished third in the primary. Johnson did not respond to requests for comment Monday and Tuesday.