The biggest story of the sentencing document filed by special counsel Robert Mueller’s office on Michael Flynn is what’s not in it. There are large swaths of redactions, making it hard to see exactly what Mueller is doing – and what specific role the Trump administration’s former national security adviser is playing in it all.

But there’s a single sentence in the 13-page document that should send shivers down the spine of President Donald Trump and everyone in his inner circle. It’s this: “The defendant deserves credit for accepting responsibility in a timely fashion and substantially assisting the government.”

And then remember these things:

1) Flynn is the only one of the seven Trump associates who have pleaded guilty and are cooperating with the Mueller probe who bridges the divide between Trump’s campaign, the transition and the presidency. Flynn was an adviser to the campaign, a member of the transition team and, for about three weeks, the administration’s national security adviser.

2) Flynn pleaded guilty on December 1, 2017. That, for you calendar buffs out there, is more than a year ago. We know from the sentencing documents that Flynn has met with the special counsel’s team 19 – yes, 19! – times during that period. We also know Mueller has delayed Flynn’s sentencing four times over the last year. 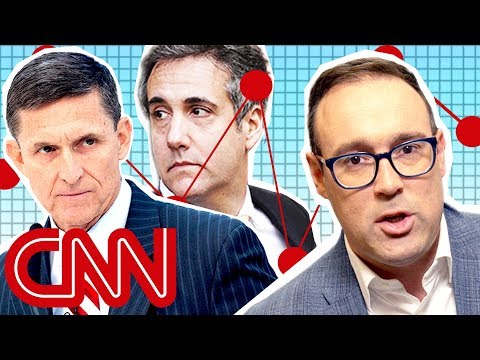 What emerges from the sentencing document is this: Flynn may well be the key cog of the Mueller investigation. He’s been less showy than former Trump fixer Michael Cohen. And less lie-y than former Trump campaign chairman Paul Manafort. But given that Mueller recommends no jail time for Flynn despite his crimes of lying to the FBI about the nature and extent of his contacts with Russia and Turkey during the election and transition, you can assume that the cooperation and information the former national security adviser has provided is substantial.

That’s a BIG deal. Instead of a single investigation into Russian interference, there are actually (at least) three investigations being pursued, to which Flynn has been of material aid. Three!

To be clear: There is ZERO evidence in either the sentencing document or the addendum to it that suggest Trump himself is a focus of any of these investigations. We can’t say the President isn’t a target – because this is an ongoing series of investigations the details of which Mueller is working hard to keep under wraps – but we can’t say he is one either.

But if I am the President or his eldest son or son-in-law or lots of other people involved in the 2016 campaign, the transition or the administration, the sentencing document on Flynn has to make me very, very edgy. He’s talking – and talking and talking. And judging from the reaction of the Mueller team, it’s not just idle words; prosecutors don’t recommend zero jail time for someone who hasn’t been of considerable aid to their broader efforts.

The words of Flynn on the day he pleaded guilty then take on even more resonance with a year’s hindsight.

“I recognize that the actions I acknowledged in court today were wrong, and, through my faith in God, I am working to set things right,” Flynn said. “My guilty plea and agreement to cooperate with the Special Counsel’s Office reflects a decision I made in the best interests of my family and of our country. I accept full responsibility for my actions.”