The big favor Michael Avenatti actually did for Democrats

“After consultation with my family and at their request, I have decided not to seek the presidency of the U.S. in 2020,” Avenatti said via Twitter. “I do not make this decision lightly – I make it out of respect for my family. But for their concerns, I would run.”

There’s a tendency to roll your eyes and dismiss the whole thing as the worst of politics. After all, Avenatti got famous by repping an adult film actress who has alleged that she had an affair with President Donald Trump in the mid-2000s. He used that notoriety to catapult himself into a cable TV regular, including on CNN, and from that to a possible presidential bid.

The rise and fall of Michael Avenatti | With Chris Cillizza 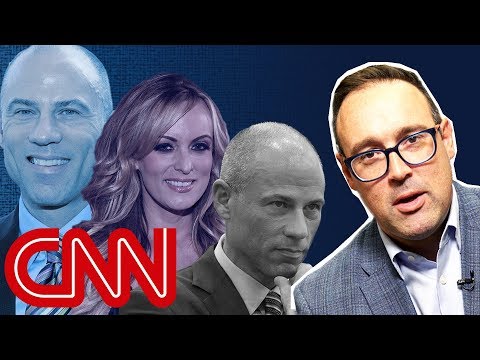 It was the most 2018 thing possible. It’s the lowest common denominator stuff that people hate – but watch – about politics in this day.

But don’t be so quick to dismiss Avenatti. Yes, he was brought low in the absolutely most predictable way – a series of financial (and legal) disputes where he was on the losing end, and then the big one: an arrest for suspicion of domestic abuse last month. (The Los Angeles district attorney declined to charge him with a felony but sent the case to the city attorney’s office, where misdemeanor charges are still being considered.)

Even Avenatti allies – and yes, he had built up a few political friends during his travels to Iowa and New Hampshire in the summer and early fall – began to abandon him. For a time, even he and Daniels clashed – as she suggested that he might have been seeking to take financial advantage of her popularity.

But none of that is what made Avenatti matter.

And he did matter, for this simple reason: He forced the Democratic Party to start the debate over what sort of person should be the nominee in 2020. Should it be someone who can play the Trump game and get down in the gutter (if he chooses to go there) or someone who takes the high road under the theory that a) you can’t beat Trump at his own game and b) people will want a “normal” politician after four years of Trump.

Avenatti, in case you have been hiding under a pile of coats for the past six months or so, was very much in the we-need-our-own-Trump-to-beat-Trump camp.

“So I say when they go low, we hit harder,” Avenatti told a New Hampshire crowd over the summer.

“You’re not going to beat Donald Trump through a message of universal love,” he told a Vanity Fair reporter in October. “If that means that we have to crawl down in the gutter and trade shots with this guy in order to ensure that he’s not re-elected ― well, then that’s what we gotta do.”

Even in ending his presidential bid, Avenatti warned Democrats not to go soft against Trump.

“I remain concerned that the Democratic Party will move toward nominating an individual who might make an exceptional president but has no chance of actually beating Donald Trump,” he wrote. “The party must immediately recognize that many of the likely candidates are not battle-tested, and have no real chance at winning. We will not prevail in 2020 without a fighter. I remain hopeful the party finds one.”

The early attention and support Avenatti secured, which, frankly, surprised me, was evidence that his message of “anything goes” when it comes to Trump and 2020 touched a chord with at least some chunk of Democratic base voters.

The Avenatti boomlet, such as it was, was more proof of something that has become increasingly clear over the past 18 months: In the eyes of the Democratic base, there is no such thing as too far, too low or too mean when it comes to Trump. They believe so deeply that Trump has debased the culture that there is nothing that can be off-limits in the campaign to oust him. Nothing.

While Avenatti fully embraced that idea to the extreme (RIP, Poochie), any Democrat running for the right to take on Trump in two years will have to grapple with the anger and rage within the party toward the President. Simply saying that you disagree with the things Trump has done as President almost certainly won’t be enough for Democratic voters who don’t just want to beat Trump but also embarrass him.

The flip side, of course, is that playing too much to the party’s angry base could jeopardize the chances of the eventual nominee beating Trump. Or maybe not.

The Point: We are having this conversation at this moment because of Michael Avenatti. And Democrats should thank him for it.