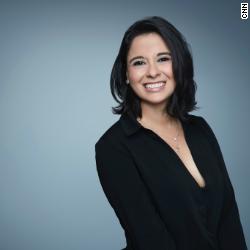 These puppers are cute and cuddly, and – despite a recent crazy report questioning dogs’ intelligence – they’re actually very smart. So smart, in fact, that they can perform a very long list of commands.

As the 41st President of the United States is being laid to rest, his service dog, Sully, is among those mourning George H. W. Bush’s death.

Sully captured the hearts of many when he was photographed keeping watch over his master’s casket. It turns out, he’s not your average 4-legged pet.

PHOTO: America's VetDogs/Instagram
These pups are so smart, they get to host congressional meetings at the US Capitol to advocate funding for service dog programs for disabled vets.

This yellow Labrador can perform a wide range of tasks, including answering the phone, turning lights on or off, fetching items, and opening doors.

After former first lady Barbara Bush passed away this year, America’s VetDogs, a nonprofit that provides service dogs at no cost to veterans, active-duty service members and first responders with disabilities, received a request on behalf of the former commander in chief.

“When we received the request for President Bush, we knew we needed to find a dog that was super adaptable, because the President did a lot of traveling, and got a lot of visitors,” Brad Hibbard, chief program officer at Guide Dog Foundation for the Blind/America’s VetDogs, told CNN.

“We immediately thought of Sully, we knew he was the right dog for the job specially with Mr. Bush being older and in a wheelchair, he needed a dog that would also help him with daily tasks.”

Sully went to work with the former President this summer, and the organization was able to provide Bush with training to allow the two to adapt, Hibbard said.

Since America’s VetDogs began training service animals in 2003, these good boys and girls have not only provided support with daily activities, but they also bring motivation to tackle any new challenge their masters may face.

“Our dogs have also served in Iraq and Afghanistan with combat operational stress control teams, part of the US Army’s initiative to safeguard soldiers’ behavioral health while deployed,” the nonprofit said on its website. They also train physical and occupational therapy dogs to work with the recently returned wounded at Walter Reed Army Medical Center, which is where Sully will go next.

PHOTO: America's VetDogs/Instagram
This is Wrigley, he proudly serves the Massachusetts National Guard. He's the Nation's First as a Combat Stress Control Dog. -- What can your dog do?

America’s VetDogs trains its animals to be able to serve different types of disabilities. Though they are all broadly described as “service dogs,” they are trained to fulfill specialized roles:

Sully in particular has been trained to be a therapy dog, a guide dog and a service dog, according to Hibbard.

“Not only is he good at retrieving things, he helped the President by opening doors, knew when to get assistance from someone else, and knew when Bush needed comfort, so he would place his head on his lap,” Hibbard said.

Among many other tasks, these little angels can:

America’s VetDogs is the country’s second assistance dog school, after the Guide Dog Foundation, to be certified by the International Guide Dog Federation and Assistance Dogs International, the highest accreditation in the world, Hibbard says.

The nonprofit provides service dogs at no cost to those in need, and says it spends about $50,000 per dog to breed, raise, train and place the dogs.

Once a dog is paired with a human, both go to a personalized training class to learn how to work together as a team.

“One of the hallmarks of America’s VetDogs is its meticulous matching program to ensure that each student is matched with the dog that best suits that person’s mobility, personality, lifestyle, and physical needs,” their website says.

The nonprofit houses 80 dogs, and usually graduates about 130 dogs per year.

The dogs start off being trained in prisons – 13 facilities have programs around the nation – where inmates teach the 10-week-old pups basic commands.

After initial training, the pups travel to a 10-acre facility in Smithtown, New York, where the training continues. They are kept freshly groomed at all times, and fed delicious meals made with special dietary supplements by a trained chef.

Just like Sully, these wonderful doggos are there to provide any assistance their new human requires to once again be self-reliant. If any handler ever has an issue with the dog once they are home, someone from America’s VetDogs will travel to assist them – at no cost to the veteran, says Hibbard.