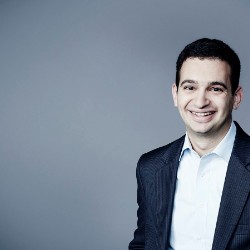 When former President George H.W. Bush’s family and friends shared the news of his death at the age of 94 on Friday, they used the code word “CAVU,” an acronym familiar to pilots that stands for “ceiling and visibility unlimited.”

CNN’s Jamie Gangel reported their use of the acronym on “CNN Tonight with Don Lemon” early Saturday morning, adding that Bush had a plaque in his office with the word.

PHOTO: Charles Krupa/AP
FILE - In a Tuesday, June 12, 2012 file photo, former President George H.W. Bush, and his wife former first lady Barbara Bush, arrive for the premiere of HBO's new documentary on his life near the family compound in Kennebunkport, Maine. Former President Bush has been hospitalized for about a week in Houston for treatment of a lingering cough. Bushs chief of staff, Jean Becker, says the 88-year-old former president is being treated for bronchitis at Houstons Methodist Hospital and is expected to be released by the weekend. He was admitted Friday, Nov. 23, 2012. (AP Photo/Charles Krupa, File)

“He always felt it represented his life,” Gangel said. “The sky was the limit, and he had everything.”

In a 2006 interview with CNN’s Larry King on “Larry King Live,” Bush, who flew combat missions in World War II, read part of a letter he wrote his five children before the start of the Gulf War in which he discussed the phrase.

“CAVU was the kind of weather we Navy pilots wanted when we were to fly off our carrier in the Pacific,” he said. “We had little navigational instrumentation, so we wanted to CAVU, ceiling and visibility unlimited, and because of the five of you whose hugs I can still feel, whose own lives made me so proud, I can confidently tell my guardian angel that my life is CAVU and it will be that way until I die. All because of you.”