Consumers still don't feel great about the economy, despite lower gas prices
Peloton is cutting jobs, closing stores and hiking prices
Analysis: Attacks on the FBI come before America has the facts
Something isn't loading properly. Please check back later.

By Jordan Valinsky, CNN Business
Updated 2:34 PM EST, Thu November 29, 2018
Ad Feedback
Video Ad Feedback
Retail
Payless
Now playing
01:06
Payless dupes fashion influencers into buying $640 shoes (2018)
HALLANDALE BEACH, FLORIDA - MAY 18: People wearing protective masks walk from a Walmart store on May 18, 2021 in Hallandale Beach, Florida. Walmart announced that customers who are fully vaccinated against Covid-19 will not need to wear a mask in its stores, unless one is required by state or local laws. The announcement came after the Centers for Disease Control and Prevention said that fully vaccinated people do not need to wear a mask or stay 6 feet apart from others in most cases, whether indoors or outdoors. (Photo by Joe Raedle/Getty Images)
Joe Raedle/Getty Images
Now playing
02:13
Why Walmart is cutting prices on certain items
CNN
Now playing
02:22
Products on the shelves getting smaller? You can blame 'shrinkflation'
Formlabs
Now playing
01:35
Hasbro 3D-prints your face on its action figure toys
Adobe Stock
Now playing
03:44
Young shoppers love buy now, pay later. Here's why that might be a problem
Now playing
02:00
Meta launches online store to purchase clothes for your avatar
RICHMOND, VIRGINIA - JUNE 15: The governor of Virginia Glenn Youngkin (C) and the CEO of The Lego Group Niels B. Christiansen (R) speak during a press event where The LEGO Group is announcing to build a US $1 billion, carbon-neutral run factory in Virginia, USA. (Photo by Tasos Katopodis/Getty Images for The LEGO Group )
Tasos Katopodis/Getty Images
Now playing
02:32
Lego is building up its manufacturing footprint in the US
Lug
Now playing
04:20
The story behind the bag that sold out in 2 minutes
Now playing
02:44
Here's how much businesses are raking in from the Queen's Platinum Jubilee
EAGLE ROCK, UNITED STATES: Shoppers look for bargains at a Target store in Eagle Rock, California, 28 November, 2003, on the day after Thanksgiving, sometimes called "Black Friday" and considered to be one of the most important days of the year for retailers. AFP PHOTO/Robyn BECK (Photo credit should read ROBYN BECK/AFP via Getty Images)
ROBYN BECK/AFP/AFP via Getty Images
Now playing
01:07
Investment strategist: Retailers are talking about 'unwanted inventory levels'
crocs ceo prices inflation consumer demand mn orig_00004817.png
Now playing
01:48
Sales are up and prices too. Crocs CEO says brand was 'too cheap'
Now playing
03:48
Patek Philippe president welcomes hip-hop and NFT fanatics
Now playing
03:41
Luxury watchmakers see good times ahead as shoppers return
Now playing
02:06
Inflation is pushing up high fashion prices. Luxury buyers don't seem to mind
Meta
Now playing
00:57
Facebook's parent company has a brick and mortar store. See what's inside
Cooler Screens
Now playing
03:33
New tech in Walgreens brings mixed reactions, confusion online
New York CNN Business  —

Who would be willing to pay upward of $500 for Payless shoes?

Payless, a brand known for budget-friendly shoes, opened a fake pop-up store called “Palessi” in a Los Angeles mall and invited influencers to the grand opening. The store was stocked with Payless shoes in disguise. 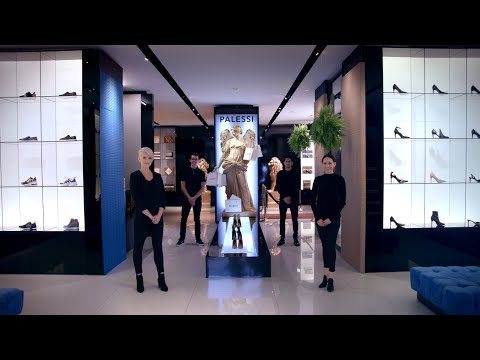 A shopper gasps in disbelief when the secret is revealed. “Shut up, are you serious?” she says.

About 80 influencers attended over two nights, according to Payless. They shelled out a total of $3,000. One shopper spent $640 for a pair of boots, which represented an 1,800% markup. Payless, however, returned their money and let them keep the shoes. Payless said the influencers were paid a small stipend to attend.

Payless said the social experiment was meant to remind shoppers that Payless’ affordable shoes are fashionable too.

“The campaign plays off of the enormous discrepancy and aims to remind consumers we are still a relevant place to shop for affordable fashion,” Payless CMO Sarah Couch told Adweek.

A study published in 2008 tested the idea that price affects perceptions of quality. Subjects were given inexpensive wine to drink, but those who were told it was more expensive described it as more flavorful and pleasant to drink.

This type of marketing, in which real customers are shocked or surprised in order to create viral buzz, has been tried plenty of times.

Dove soap started the trend in 2013 with its “real beauty” ads that showed women sketches of themselves drawn by an FBI artist. Heineken created an ad in 2017 called “Worlds Apart” that put together individuals with opposing political view points.

Burger King created an ad in 2017 that dealt with high school bullying, and Coca-Cola and Procter and Gamble earned praise for their “Remove Labels” and “Always Like a Girl” advertisements.

Payless has been struggling against online competitors such as Amazon-owned Zappos and buzzy startups like Allbirds. It filed for bankruptcy in 2017 and reemerged from it four months later after shuttering nearly 700 stores.