Police say a body found in North Carolina has been preliminarily identified as 13-year-old Hania Aguilar, who was abducted outside her home three weeks ago.

“We are absolutely devastated. I wish we had a different outcome for Hania’s family, for the community, and for the hundreds of law enforcement officers and searchers who put everything they had into finding her alive,” said Lumberton Police Chief Michael McNeill in a statement.

Hania was taken outside her home in Lumberton on the morning of November 5, authorities said. The body was found Tuesday in water off Wire Grass Road in Robeson County, McNeill said. The final confirmation will be made using dental records.

“We believe we found Hania, but our work is far from over. We have to find out how she died and who did this to her. We have to bring the person responsible to justice,” FBI Supervisory Resident Agent Andy de la Rocha said.

Authorities are seeking the public’s help to determine when and how the body was left on Wire Grass Road, south of Lumberton and several miles from the girl’s home. They asked those with surveillance cameras near Wire Grass Road to call the tip line at 910-272-5871.

Lumberton is in southeastern North Carolina, near Interstate 95, about 95 miles from Raleigh.

The discovery comes after weeks of searching for Hania, based partly on information from the public.

The Lumberton Police Department and the FBI followed more than 800 leads, interviewed more than 400 people and reviewed hours of surveillance footage, FBI officials in Charlotte said.

Police say someone abducted Hania in a relative’s SUV that was idling in the driveway on a Monday morning before school. Authorities issued an Amber Alert for her.

A Spanish-speaking woman and man told a 911 operator that a man stole the SUV with a child inside, according to a CNN translation.

A witness saw a man dressed in black and wearing a yellow bandana force Hania into the vehicle. Authorities said they have no reason to think Hania knew her abductor, and her family is cooperating with the investigation. 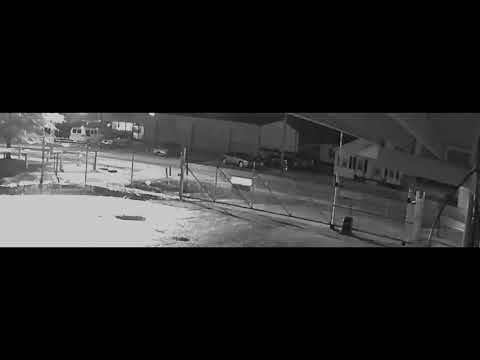 The FBI also asked the public to examine footage of a man walking near Hania’s home. The man was described as wearing light-colored shoes, a light-colored shirt, and a hoodie.

Lumberton police and the FBI asked residents with video surveillance systems to save video recordings, even if they don’t see the vehicle in the footage, and contact them. Most recently, FBI Charlotte released a photo of sneakers that belonged to Aguilar, hoping to generate more tips about the teenager’s disappearance.